Two Illinois Republicans, Rep. Keith Wheeler and Rep. John Caveletto, have introduced a bill (since referred to the Rules Committee) to amend state birth certificate rules by denying financial support from single mothers who don’t name the child’s father on the birth certificate.

Furthermore, they would deny the child a birth certificate altogether unless a father’s name was listed: 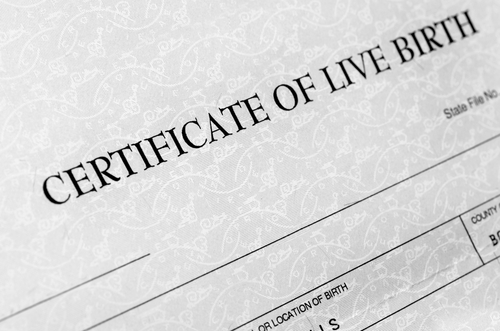 Sec. 1-8.6. Birth certificates. A family unit shall be ineligible for any financial aid provided under this Code for the support of a child who has not been issued a birth certificate as provided in subsection of Section 12 of the Vital Records Act.

If an unmarried mother cannot or refuses to name the child’s father at the time of birth, either:

(a) a father must be conclusively established by DNA evidence; or

(b) within 30 days after birth, another family member who will financially provide for the child must be named, in court, on the birth certificate.

If neither condition is met, a birth certificate shall not be issued for the child and the mother will be ineligible for any financial aid provided under the Illinois Public Aid Code for the support of the child.

However, if an artificially inseminated mother wishes to raise the child on her own, she may obtain a birth certificate for the child with only her name on the birth certificate if she signs a release stating that she waives her rights to any financial aid provided under the Illinois Public Aid Code for the support of the child.

If this sounds familiar, it’s because this isn’t the first time conservatives have proposed these punitive measures against single mothers. Former Senator and serial presidential hopeful Rick Santorum gained infamy, for instance, for proposing similar paternity requirements for financial assistance to save the country from the scourge of single motherhood.

Shaming women by punishing their children is a particularly disturbing means of enforcing conservative “morality” via the government. It takes a uniquely callous adult to make a child suffer like this.

You won’t be surprised to learn, then, that these two representatives, who are willing to penalize children on the basis of their mothers’ marital status, have been congratulated by a group called Illinois Right to Life for jumping onboard the defense-of-fetal-tissue bandwagon. Because what could be more “pro-life” than refusing to provide financial assistance for a baby because his or mother doesn’t meet your moral standards?

Really, this is a great demonstration of the priorities of the “pro-life” movement: scream about how fetal tissue is disposed of while threatening to deny aid to an actual infant. Nothing chokes the anti-abortion movement up like an aborted fetus… but why care about an actual baby when you can instead shame and demean sexually active women (even if their children suffer for it)?

If we’re honest, isn’t that what abortion restrictions are really about?