Despite Supreme Court Ruling, Death with Dignity is Still Difficult to Obtain in Canada

Last year, the Canadian Supreme Court ruled (unanimously) that doctors could help terminally ill patients end their lives. The reality, however, is that public institutions still put up a variety of obstacles for doctors offering this service — which they’re legally allowed to do since the decision doesn’t go into effect until this summer.

In a brief video, Dying With Dignity Canada explains the responsibilities of taxpayer-funded hospitals: 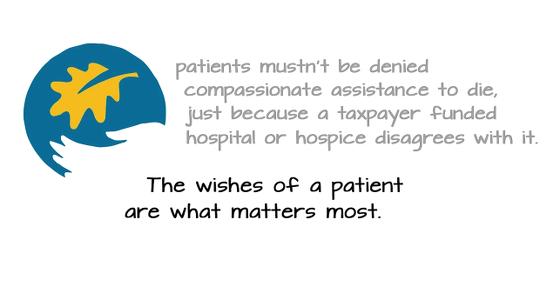 It’s appalling that patients have to jump over this many unnecessary hurdles to access a legal service.

Where have we heard that one before…?

February 22, 2016
Texas Officials Are Alienating Non-Christians by Promoting Jesus Through the Government
Next Post

February 23, 2016Deadpool on Track to Eclipse The Passion of the Christ as Highest Grossing R-Rated Movie Ever
Browse Our Archives
What Are Your Thoughts?leave a comment