South Carolina and Nevada Paint Ominous Picture of the 2016 Election

The results from Saturday night are not shocking. In both Nevada and South Carolina, the outcome was predictable. Hillary Clinton pulled off the win for the Democrats, even if by a smaller margin than would have been expected a month ago. Donald Trump won by a much larger margin, more or less aligning with what the polls had been saying. No surprises.

That is, unless you look below the surface. When you go beyond the vote tallies to turnout and demographics, the results get a little more disconcerting. 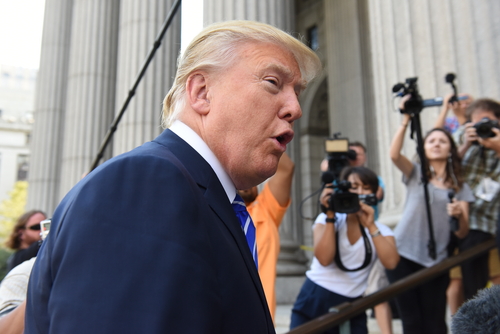 Trump’s win may have been expected, but in a broader sense, his campaign has caught establishment Republicans, moderates within the party, and pundits off guard. In a 2012 post-mortem on the election, the GOP said that extremist views and incendiary comments had cost them the White House. They called for a more compassionate stance on immigration, more careful phrasing by candidates, broader acceptance of minorities, principled platforms, and civility among contenders. And yet the man who won last night did so after prolifically cursing on the stump, defending Planned Parenthood, lambasting George W. Bush as weak on terror and a liar, and gleefully repeating a fictional story about a general who dipped his bullets in pig’s blood before slaughtering Muslim insurgents. If you were to invert the suggestions of the post-mortem, Trump would be the result.

Trump’s meteoric ascent is baffling to those who bought into the 2012 report as sound strategy, but isn’t that outlandish if you think about it. The party’s religious base was borne of racism, and conservative politics over the past 40 years has played to those roots in order to solidify their base, albeit in less overt fashion than Trump.

What is somewhat surprising, though, is that Trump’s scorched earth approach is resonating more strongly than, say, Ted Cruz‘s more traditional play to values. The data is alarming on this note. Only 8% of those who placed significance on whether a candidate shared their values supported Trump, but at only 35% of voters, this bloc played a much smaller role than those looking for change and celebrating bluntness — two categories that made up approximately 47% of voters and two categories in which Trump dominated with 45% and 78% support, respectively.

For these voters, this is about a statement, not the White House. Demographics last night show that 21% of voters concerned about electability chose Trump relative to the 47% Rubio was able to capture. But Trump captured 63% of the vote from people longing for an outsider in politics to take the crown. They don’t care whether they nominate someone who can compete, and that’s driving party leaders nuts.

All these figures held together seem to create the image of a party committing political suicide, and with conventional political wisdom failing at every turn, there doesn’t seem to be any way to stop it. A year ago, that would have seemed utterly implausible. The Republican base had for years been reliable and predictable. Today, not so much.

For atheists, this is, ostensibly, good news. Cruz, with all his religious toxicity, looks less and less likely to win the nomination. Trump calls himself a Christian, but his message and platform are fairly secular in nature. Still, it feels a bit like trading one evil for another. Yes, Cruz is a religious bigot, but Trump is a massive racist and just as much a religious bigot when considering his anti-Muslim positions.

But while the Republican Party may appear to be dying a painful death, the story from the Democrats ain’t that great, either. They don’t face the rise of a bigot, but they face a fracturing that could damage their odds in November.

Though some argue that the current bickering between Bernie Sanders and Clinton supporters is an echo of 2008, the vitriol has more bite this time around. The tactics being leveraged officially and unofficially on both sides are not new, but their visibility is. You have to remember that, since 2008, Facebook has gone from roughly 100 million users to over 1 billion users. Twitter went from boasting 4.5 million unique visitors in 2008 to 320 million active monthly users today. That difference cannot be understated. The audience watching political commentary is larger than it’s ever been.

People are also far more political about their social media presence today than they were in 2008. Though it was dubbed the first “Facebook election,” political activity during that cycle was actually pretty low, especially when held relative to the massive uptick in political Facebook activity in 2015. This is significant because it undermines a campaign’s ability to control the public narrative through the mainstream media. Candidates’ images are now driven by their supporters more than anything.

So you’ve got a bigger audience with more and more uncontrollable voices, which makes it easier for stories that never would have made it into that public narrative to become major problems for a candidate. Because of the fleeting nature of the social media timeline, unvetted stories become accepted fact very quickly. Because of distrust of the media, passionate supporters may not even be willing to accept corrections to stories when they’re available. Because of distrust of citizen reporting, stories that actually have credence may never get legs under them. The sprawling social media political beast can be deadly and unpredictable, and with this being the first election cycle in which the Democrats have really had to grapple with it, they’re fumbling.

Saturday offers a good example of all this. Clinton surrogate America Ferrera dropped a bomb on Twitter when she revealed that Sanders supporters at a Nevada caucus site had shouted “English only” at civil rights leader Dolores Huerta when she attempted to provide Spanish translation for the room. Clinton supporters were livid and turned up the volume, casting the move as racist. The story spread like wildfire, substantiated by Huerta herself. But not long after that, Snopes published a story saying it wasn’t true. Sanders supporters seized on the headline and lambasted those who had shared the Huerta anecdote for being foolish or Hillary shills.

In reality, both sides were wrong. Huerta had, indeed, been interrupted by Sanders supporters over her attempts at translation, but the implication that it had to do with race was all wrong. Opposition to her translation had to do with Huerta’s affiliation with the Clinton campaign, which is not unreasonable. Huerta still felt the interruptions were inappropriate, as she believed someone would have corrected her if her translation had been inaccurate, which is probably also true. Regardless, the situation was not what the loudest supporters from both camps had insisted.

On the flip side of the coin, confirmed reports of push polling by the Clinton camp had largely flown under the radar. Push polling, or testing positive messages about one candidate and attack lines about the other, is a tactic made popular by none other than the insidious Karl Rove. But despite the unsavory nature of the practice and audio proof of the initiative, the story never took off on social media.

Clinton supporters were also accused of attempting to confuse voters with a t-shirt change in the caucus rooms. The supporters had initially been wearing blue “I’m with her” shirts, but new red shirts were handed out on site. The problem? The new red shirts were the same hue as those sported by members of the National Nurses Union, who support Sanders, which made the Clinton corners look like they had support of the nurses. When union members on the scene started pointing out the tactic to the press, the Clinton supporters immediately changed back into the blue shirts. Again, the story didn’t gain a substantial amount of traction on social media, especially relative to the Ferrara story.

Why does this matter? After all, Republicans are struggling in the same chaotic atmosphere. The difference is that all the vitriol and mudslinging between “Bernie Bros” and “vagina voters” may be having a negative impact on Democratic turnout in the primaries while causing a surge in participation among Republicans. Democratic turnout in Iowa was 37% lower than in 2008 and 46% lower in Nevada, with a very small increase in New Hampshire. Meanwhile, Republican turnout increased by 50% in Iowa over 2008, 14% in New Hampshire, and 65% in South Carolina.

That’s a major issue for Democrats. High turnout is what delivered them the 2008 election, and to a lesser extent, the 2012 re-election. That engagement in the primaries has gone down since then speaks to dwindling enthusiasm from the base in a year when both campaigns have repeatedly insisted that they can generate enough enthusiasm to get the job done in the general election. Democratic voters seem to be losing their zeal as the inter-campaign squabbling boils over. While it’s not a huge stretch to say Democrats will be more motivated in the general due to the radical options being advanced by Republicans, the numbers we’re seeing now are far from encouraging, especially when contrasted with the Republican data points.

In other words, Saturday paints a rather disheartening picture for atheists interested in the outcome of the 2016 presidential race. Republicans may not be voting religiously, but they’re still advancing a bigot in large numbers as ugly sparring among Democratic supporters is arguably driving down turnout. Here’s hoping that Tuesday’s GOP caucus in Nevada and Saturday’s Democratic primary in South Carolina tell us something different.