On the Day of the South Carolina GOP Primary, a Satanic Display Was Up at the State House February 22, 2016 Hemant Mehta

On the Day of the South Carolina GOP Primary, a Satanic Display Was Up at the State House

If you visited South Carolina on Saturday, the day of the Republican primary, you would have seen this homage to Satan outside the State House: 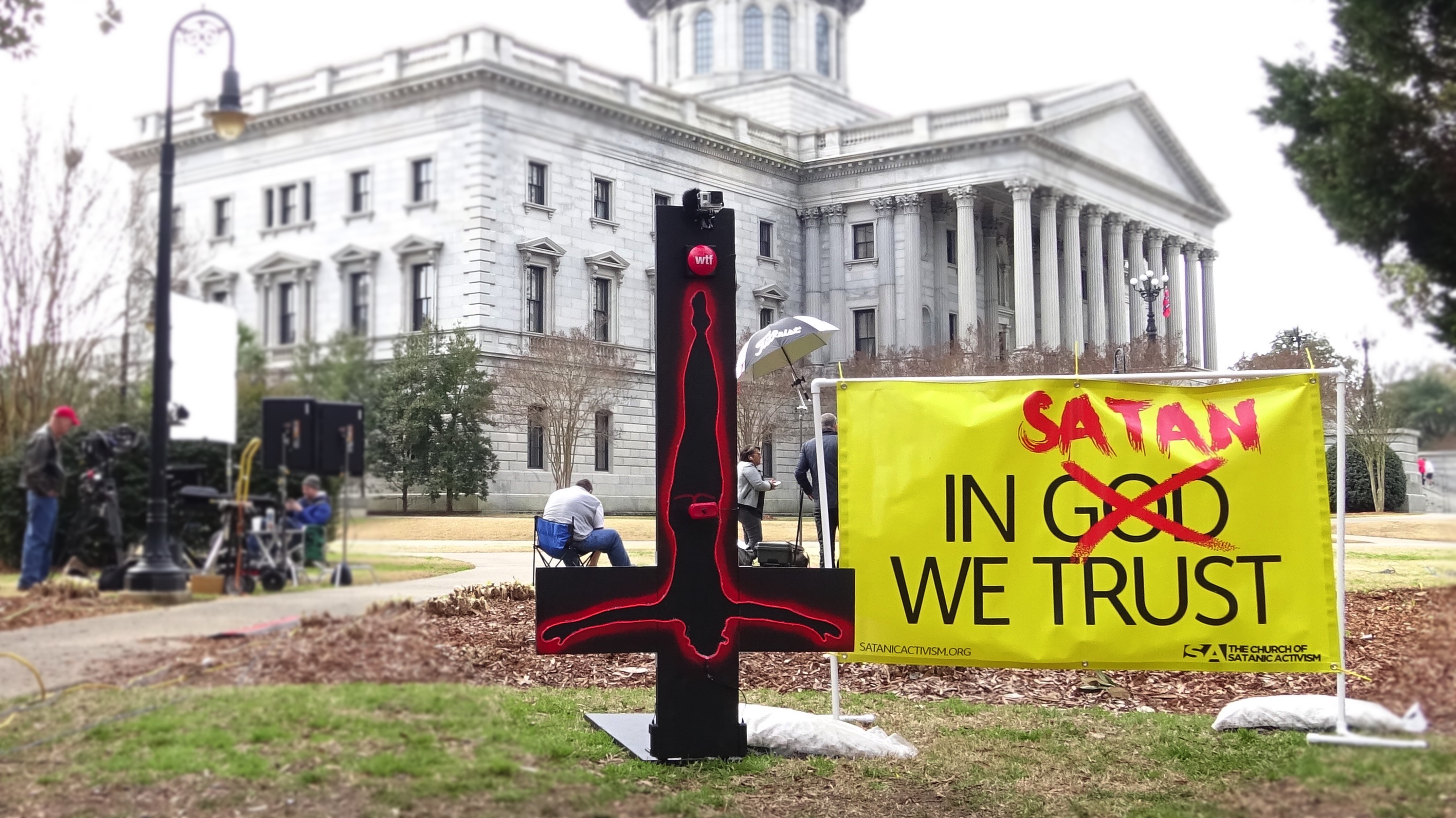 Activist Chaz Stevens received permission from state officials to erect the display for the full day. Though I’m not sure if they knew about the butt plug…

There wasn’t much opposition to the display in the media, though when Donald Trump is your state’s Republican primary winner, I suppose the Satanic display seems pale by comparison.

(Edit: I wrongly called the building the Capitol in an earlier version of this article. It’s actually the State House. Thanks to everyone who corrected me.)