It’s been more than a quarter-century since author Salman Rushdie was the subject of a 1989 fatwa from Iran’s Ayatollah Khomeini as a result of his book The Satanic Verses. It changed the trajectory of his life for several years as he did his best to hide from the Islamic extremists who wanted to murder him. 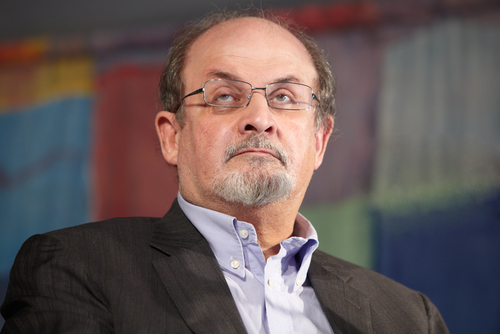 And now the fatwa is being renewed:

Fars News Agency, which is closely affiliated with the Islamic Revolutionary Guards Corps (IRGC), was among the largest contributors, donating one billion Rials — nearly $30,000.

In other words, the Iranian media hopes to galvanize Muslim terrorists to kill an author whose worst crime was supposed “blasphemy” in a book I’m certain none of them have actually read.

Rushdie hasn’t said anything publicly in response to the new proclamation. Maybe that’s for the best. But this is as good a reminder as any that religious dogma can be used as justification for the most wicked of crimes.

(Image via andersphoto / Shutterstock.com. Thanks to @brigadam for the link)

February 22, 2016
On the Day of the South Carolina GOP Primary, a Satanic Display Was Up at the State House
Next Post

February 22, 2016 South Carolina and Nevada Paint Ominous Picture of the 2016 Election
Browse Our Archives
What Are Your Thoughts?leave a comment