Researcher Finds That the Old and New Testament Are Both More Violent Than the Qur’an February 20, 2016 Rachel Ford

Which book is more violent: The Qur’an or the Bible?

Based on a textual analysis of the documents, software engineer Tom Anderson has an answer that will not please conservative Christians. 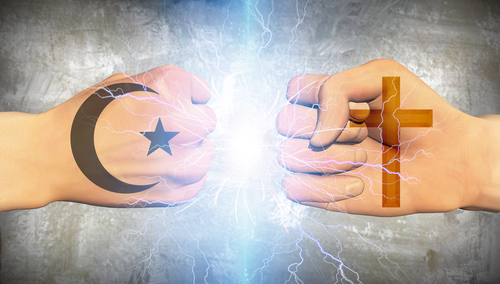 According to his research, not only is the Bible more violent — but when the Old and New Testaments are treated separately, as they were for his test, both books are more violent than the Qur’an.

Anderson published his findings with a key caveat: “I must emphasize that this analysis is by no means exhaustive, nor is it intended to advance any agenda or to conclusively prove anyone’s point.” He described the project as a “surface-level” attempt to compare the texts with as little bias as possible.

The text analysis tool, OdinText, picked up on some additionally interesting points (like, how the New Testament mentions love more than either of the other books while the Qur’an mentions mercy most). If you’re interested, the full breakdown can be read here.

And while the findings are interesting, I suspect that they’re not likely to impact (much less settle) the debate — for the reasons that Anderson points out: it is not and cannot be a complete analysis. And because apologists always have a tried and true response at the ready, no matter the question: You took that out of context!

Not even commands that supposedly came from God are spared the “it doesn’t mean what it says” treatment; it follows that a data analysis, even if further investigation bears its findings out, is much less likely to be considered at face value.

Unless, of course, he’d found that the Qur’an was more violent.

That, naturally, would have been shouted from church rooftops everywhere.

February 20, 2016 Conservatives Are Forgetting What Jesus Said in Their Criticism of Pope Francis' Wall Comments
Browse Our Archives
What Are Your Thoughts?leave a comment