On Thursday, Marco Rubio spent part of his day at a crisis pregnancy center in Spartanburg, South Carolina. The Carolina Pregnancy Center describes itself as a “non-profit, non-denominational organization that is committed to providing compassion, information, and support to anyone facing the challenge of an unplanned pregnancy.”

If you were to stop there, you might find yourself a little shocked by pro-life candidate Rubio’s visit to a location that seems to support choice. But if you know what a crisis pregnancy center is, you know better. 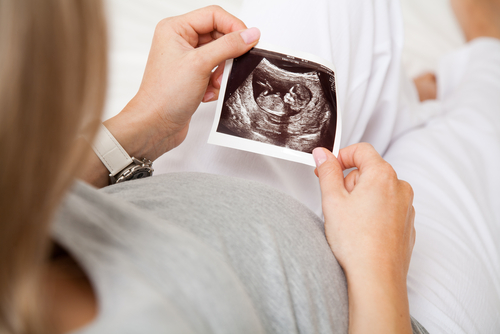 Unlike clinics that do provide abortion services, crisis pregnancy centers are unregulated. As a result, they are not required to provide anything resembling accurate information about abortion. In fact, these centers are notorious for lying outright to women who come through their doors. During an undercover investigation reported by Huffington Post, one woman found out firsthand how bad it is:

The woman stopped between questions to comment on my answers and lie. “Oh, you’ve taken birth control. Let me tell you how that causes cancer and is the same a medication abortion.” I was told abortion would scar me for the rest of my life — would damage all of my future relationships and leave me “haunted.” I was told the pill could cause breast cancer, that condoms are “naturally porous” and don’t protect against STIs, and that IUDs could kill me. She lectured and lied to me for over an hour before I even received the results of my pregnancy test.

Also interspersed in the deception were subtle judgments of my life decisions. “So you do have some scruples about you,” she said at one point, referring to my low number of sexual partners. One of the most disturbing comments came when I was pressed about the sexual experience leading to my visit, the reason I supposedly needed a pregnancy test in the first place. I told her an all too common story of acquaintance rape. I had been at a party, I said, severely intoxicated and unable to consent, “I didn’t remember anything… I just wished it hadn’t happened.” Her response made it clear that the situation was my fault, “Oh so he took advantage of you. Well just don’t do it again sweetie; just don’t do it again.” It made me sick.

It only got worse after a positive pregnancy test. At another CPC (the deceptively named “A Woman’s Choice” in Falls Church, Virginia) I could hear two employees whispering before entering my room, plotting strategies to reveal the test results and best manipulate my reaction. When they did finally clue me in, my concerns were casually brushed aside and used as ammunition for their agenda: I could care for a baby with no job, my parents would certainly help, and I could absolutely handle the stress. They even argued that I could be a law student while pregnant: “It will probably be good for the baby,” the woman said, “because you will be sitting down all of the time.”

Nothing they did or said there was illegal. Even if they frame themselves as being medical experts, most crisis pregnancy centers are not, and as a result are not held to the same standards as a medical clinic. Even those that are technically medical centers skirt the standards that one might associate with such a moniker. The person in the white lab coat conducting the sonogram might be a medical professional, but the individual counseling you on those results is not, so they are not governed by the same principles.

This is not an anomaly. This is an industry practice. As journalist Meaghan Winter reported in December:

The really sick part of it is that these groups receive federal funding. As NPR reported last year:

Pregnancy centers have been around about as long as abortion has been legal in the U.S., but their numbers have been growing in recent years. There are believed to be several thousand across the country — far more than the number of clinics that provide abortion. They are private nonprofits, many of them religious. But even as states cut public funding for Planned Parenthood, some are funneling it to crisis pregnancy centers.

The Guttmacher Institute, an abortion rights think-tank, cites seven states with line items in their budget for alternatives to abortion. Texas gives the most — more than $5 million over two fiscal years. Ohio budgeted $250,000 in 2013, and this year abortion opponents plan to boost their request to $1 million. Ohio and nearly two dozen other states also send smaller amounts to pregnancy centers through the sale of “Choose Life” license plates.

The cherry on top of this abomination? As we mentioned before, the bulk of these groups are unabashedly religiously affiliated. The Carolina Pregnancy Center, for instance, declares its mission is, “Helping families with pregnancy related issues, experience more life through Christ!” They benefit from the “Choose Life” plates mentioned by NPR. In a clear violation of separation of church and state, these groups are proselytizing on the taxpayers’ dime.