The other day we issued a Christian Persecution alert for Manny Pacquiao, whose abhorrent comments about gay people lost him a Nike sponsorship. 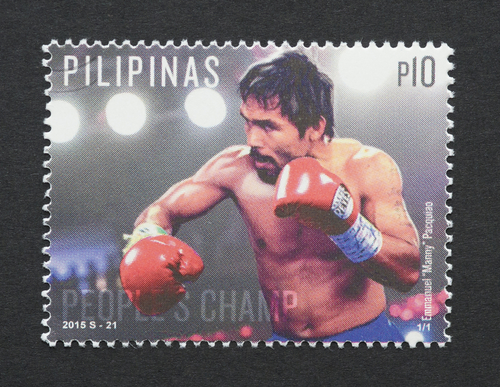 Today it’s time to issue a Christian Tolerance alert, as he’s gone from comparing gay people to animals… to suggesting they should be killed.

You may recall that after his comments provoked outrage and before he offered his half apology, Pacquiao offered the defense that he was just telling it like the Bible tells it:

I rather obey the Lord’s command than obeying the desires of the flesh. Im not condemning anyone, but I’m just telling the truth of what the Bible says. The truth from the Bible is what changed me from my old ways. 1 Corinthians 6:9

It won’t come as a huge surprise to most of you, then, that following the Bible can actually lead you to some pretty bad places. Like, for instance, embracing execution of people based on what they do behind closed doors with other consenting adults.

Filipino news agency ABS-CBN captured a screenshot of the post before it was removed.

The deleted post contained a number of Bible verses, including one from Luke that Pacquiao apparently put up in self-pity:

“Blessed are you when people hate you, when they exclude you and insult you and reject your name as evil, because of the Son of Man. Rejoice in that day and leap for joy, because great is your reward in heaven. For that is how their ancestors treated the prophets.”

Aside from reflecting on how mean people are being to him, and how God will reward him for his suffering, Pacquiao wanted to remind fans that gay people really have no business living.

One of them, Leviticus 20:13, states in no uncertain terms that homosexuals should be killed:

“If a man has sexual relations with a man as one does with a woman, both of them have done what is detestable. They are to be put to death; their blood will be on their own heads.”

That demonstrates just how abhorrent the “It’s my religion!” justification really is.

You didn’t dream up killing gay people on your own? Well, congratulations. You’re still a monster if you advocate it whether the idea originated in your mind or someone else’s.

Because when you sacrifice your humanity to follow a religion, you’re giving up something incredibly valuable. Just because you choose to do so out of allegiance to your beliefs doesn’t and shouldn’t give you a free pass.

(Via Joe.My.God.. Image via catwalker / Shutterstock.com)