A couple of weeks after the Mormon Church opposed a medical marijuana bill that could help ailing patients, one Utah legislator is saying the Church is responsible for denigrating a hate-crimes bill that would help LGBT individuals. 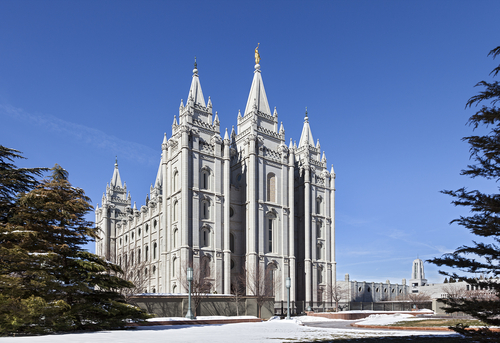 State Sen. Steve Urquhart, a Republican Mormon, blamed the Church for getting in the way of SB107:

On Wednesday, a statement issued by The Church of Jesus Christ of Latter-day Saints cautioned lawmakers — most of whom are Mormons — against passing laws that would upset the balance between gay rights and religious liberty achieved through the historic Utah compromise legislation in 2015.

To be sure, the bill is still very much alive. It passed through committee 5-1, and now it’s in the hands of the Senate. But the nasty remarks made by the Church show just how much influence its bigoted leaders have since there’s a feel the bill is dead in the water due to Mormon backlash. Church leaders believe protecting LGBT people comes at the expense of their own anti-gay preaching.

Even supporters of the bill were feeling wary:

“I would love for [the bill] to pass this year,” Equality Utah Executive Director Troy Williams said Thursday. “But we know what happens when the LDS Church makes a statement about legislation. It changes the course.“

This is nothing new for religious majorities. Saying that the victims of their faith-based bullying need protection implicitly suggests that the bullies are doing something wrong — and they refuse to believe they’re anything but victims.

It would be great to see elected officials ignore the Church’s statement, but the Church is as powerful as any lobbying group or corporate interest. If they don’t want the legislation passed, odds are it won’t get passed.

(Image via Shutterstock. Thanks to Steve for the link)