Pope Francis: Contraception “Not an Absolute Evil” in Battle Against Possible Effects of Zika Virus

While Pope Francis is getting plenty of attention for his slam on Donald Trump, it may be the other thing he said with more long-term ramifications.

Speaking to reporters earlier today, the Pope said that, since the Zika virus has been linked to children born with birth defects, maybe contraception isn’t such a bad idea after all.

That would stand in stark contrast to what local Catholic leaders in affected areas have said. They irresponsibly stuck to the party line opposing both birth control and condoms. But the Pope eased the rhetoric on the latter, suggesting it may not be the worst thing in the world, without actually saying anything of the sort. 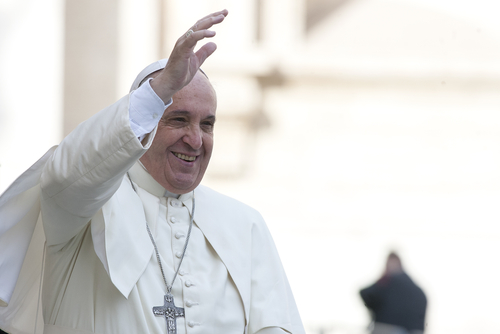 “Avoiding pregnancy is not an absolute evil,” Francis said. “In certain cases, as in this one, as in that one I mentioned of Blessed Paul VI, it was clear. I would also urge doctors to do their utmost to find vaccines against these mosquitoes that carry this disease.”

Well, yeah, let’s find a vaccine. But in the meantime? The Pope appears to be taking the common sense approach! Now if only the rest of the Catholic Church would follow suit…

February 18, 2016
Bryan Fischer: Evangelicals Are Supporting Donald Trump Because of Satan
Next Post