After five years, more than two million followers, a book (that was the origin for this), and a Broadway show, @TheTweetofGod has decided to fade back into non-existence.

Writer David Javerbaum is moving on to other projects, he told KPCC radio in Los Angeles. It follows a weekend in which the account got hacked and comedian Stephen Fry decided to quit the Twitter cesspool.

In his honor, let’s celebrate some of our favorite tweets from the only God worth following. 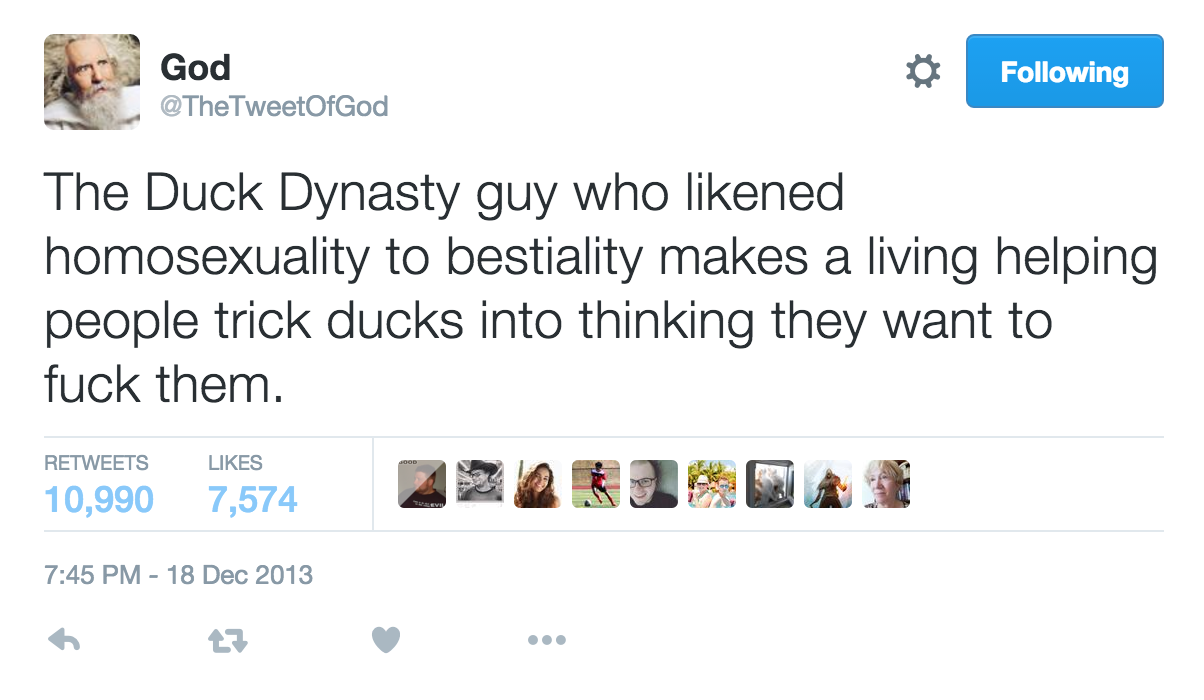 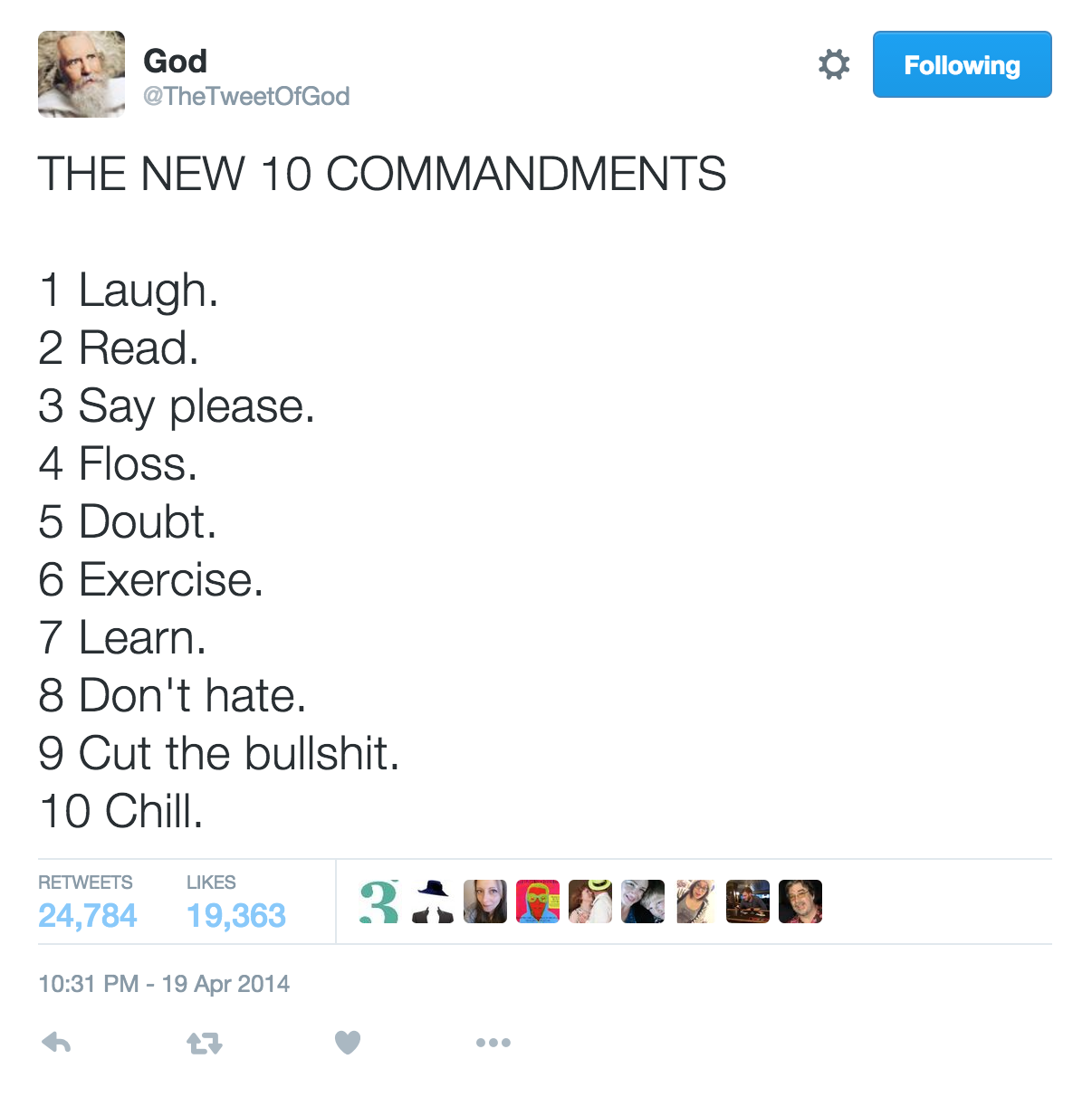 Leave your favorites in the comments!

February 17, 2016
When People Change Religions, Logic and Reason Aren't Always in the Picture
Next Post

February 18, 2016 Nike Drops Manny Pacquiao After His Anti-Gay Outburst
Browse Our Archives
What Are Your Thoughts?leave a comment