Following the death of Supreme Court Justice Antonin Scalia, conspiracy theories began to circulate. It all started with a comment made by the ranch owner who found him: that Scalia had a pillow “over his head.” This detail, paired with the fact that a physician had declared him dead over the phone and the family didn’t want an autopsy, prompted speculation about foul play and the “obvious” role of the Obama administration in Scalia’s “untimely” death.

On Savage Nation, Donald Trump stoked the flames of skepticism by saying it was “unusual” that Scalia had been found with a “pillow over his face.” Conservative radio host Alex Jones, never one to miss out on a good conspiracy theory temper tantrum, proclaimed, “my gut tells me [the Obama administration] killed him.”

His theory? President Obama is a pagan Satan worshiping fascist who assassinated Scalia to send a message. 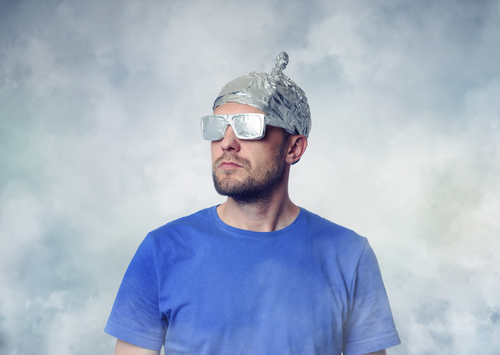 Yesterday on “Trunews,” End Times radio host Rick Wiles discussed “the possible occult connections” to the death of Justice Antonin Scalia, whom he concluded was murdered by President Obama and was a human sacrifice to mark the pagan festival of Lupercalia.

Wiles explained that the “Luciferian” “devil-worshipers” who control the government are out for blood, noting that Lupercalia is observed between February 13 and 15. Scalia’s body was discovered on the 13th. “There’s always human sacrifice involved,” he said, claiming that Scalia was “killed” to mark the beginning of pagan fascism ruling over the U.S.

“The 13th was the 44th day of 2016, Obama is the 44th president of the United States,” Wiles said, “so you have this numerology thing taking place.”

Wiles said that the assassins who killed the conservative justice “deliberately left the pillow on his face as a message to everybody else: ‘Don’t mess with us, we can murder a justice and get away with it.’ And I assure you, there’s a lot of frightened officials in Washington today, deep down they know, the regime murdered a justice…. This is the way a dictatorial, fascist, police state regime takes control of a nation.”

There’s so much absurdity in these comments, it’s hard to know where to start. Instead of sifting through that delusional word salad, let’s begin with this: the “facts” conspiracy theorists have used as the foundation for such nonsensical rants have already been debunked.

The ranch owner has since clarified that he meant the pillow was above Scalia’s head against the headboard. Declaring a death over the phone is legal in the state of Texas. Investigators at the scene found no evidence of foul play. The family opted out of the autopsy because Scalia had suffered from a number of chronic health problems and they wanted to protect his privacy. As for the “untimely” part, the man was 79 years old. Given his chronic health problems, yeah, it probably was about that time.

Unfortunately, this is unlikely to quash the swirling conspiracy theories, so you might want to buckle in for ongoing whispers and tinfoil hats. After all, when have Republicans let silly little things like facts get in the way of their politicking?

February 17, 2016
Ted Cruz's Dad Says America Will Be Destroyed Within 30 Years if Obama Gets His Supreme Court Pick
Next Post

February 17, 2016 Indiana GOP Seeks to Ban Abortion If Fetal Heartbeat Is Detected
Browse Our Archives
What Are Your Thoughts?leave a comment