For some people, it’s not enough that bibles are already allowed in public schools and kids can read it for pleasure if they want to.

Idaho legislators have now introduced Senate Bill 1321, which would allow teachers to use the Bible in the classroom whenever they think it would enhance the lesson. That’s already allowed in, say, English class, where you might discuss biblical allusions in literature and where you might want to analyze the Bible’s more poetic passages… but the bill would permit teachers to use the Bible anywhere and everywhere: 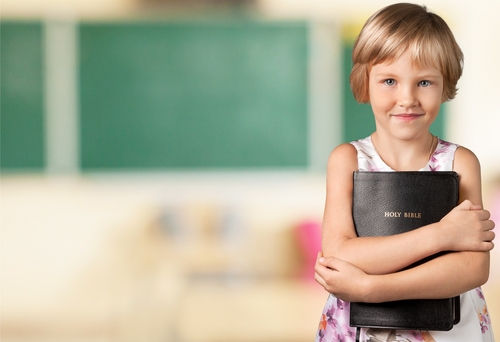 Unless we’re pointing at the Bible and saying, “this offers nothing of use,” I have no clue why anyone would ever need to reference the Bible in Astronomy, Geology, Archaeology, or Biology class. Or any class that relies on facts and observation and reason and logic.

If passed, this bill would actually replace the now-unconstitutional law that once allowed mandatory Bible readings in school.

(via NCSE. Image via Shutterstock)

February 17, 2016
The Clouds Are Trying to Tell You Something, Says "Psychic"
Next Post