The past several years have seen an avalanche of restrictive anti-choice legislation passed at the state level across the country. Several of those bills have been ruled unconstitutional, while others are awaiting adjudication by the Supreme Court. Not to be left out of the circus, Indiana is now entertaining its own extreme anti-choice bill. 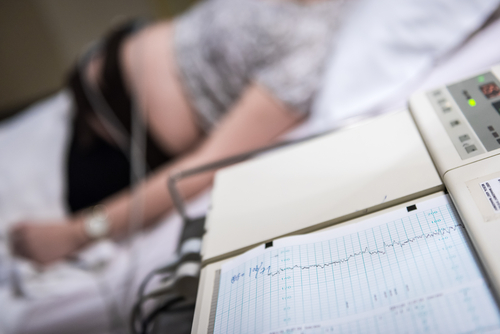 As the Indiana Daily Student reports:

Senate Bill 144, also dubbed the Indiana Heartbeat Bill, would make it a level 5 felony to perform or induce an abortion before checking for a fetal heartbeat or performing the abortion after  detecting one.

According to americanpregnancy.org, a fetal heartbeat can typically be detected from six-and-a-half to seven weeks into a pregnancy.

A sister bill, House Bill 1337, is also in motion with identical language. Both bills are currently sitting in committee, Schlichter said.

SB 144 would make exemptions if a woman’s life or health is at risk but says it “requires a physician to document certain information in writing if the physician determined that a medical emergency existed and performed or induced an abortion of an unborn human individual with a detectable heartbeat.”

If either of these bills are passed, Indiana would usher in the most extreme anti-choice regulatory regime in the nation. While a number of states have attempted bans after 20 weeks with and without exceptions for the mother’s health, and a slew of others restrict specific types of abortion procedures after 12 weeks, no state takes it quite as far as the proposed legislation.

Such standards are indefensible. Some women may not even know they’re pregnant until after that 6-week mark for a wide number of reasons. Though 34% of abortions take place before six weeks, 63.7% of abortions take place between weeks 7 and 20. If these bills become law in Indiana, a massive number of women would be denied the right to choose whether or not to proceed with a pregnancy.

Moreover, the language in these bills refers to the fetus as a “human individual,” implying personhood. Such precedents are dangerous, as they establish a framework under which abortion may be construed as murder and pave the way for eliminating exceptions for the health of the mother.

Indiana is not alone in these efforts. Ohio is considering similar measures in House Bill 69. Though it passed through the state’s House of Representatives, the state Senate has yet to take action.

There might be a good reason for that. North Dakota signed such measures into law in 2013, only to see it struck down as unconstitutional by the 8th U.S. Circuit Court of Appeals. The Supreme Court rejected an appeal in January of this year.

One might think that this would deter states like Indiana and Ohio from pursuing similar actions, but alas, that doesn’t seem to be the case. The war on reproductive rights continues.

February 17, 2016 One Out of Eight Ain't Bad... It's Terrible
Browse Our Archives
What Are Your Thoughts?leave a comment