Cardinal George Pell is the Catholic Church leader who is allegedly responsible for covering up instances of child sexual abuse by priests in Victoria, Australia. He now lives in the Vatican, which is mighty convenient since the Royal Commission into Institutional Responses to Child Sexual Abuse is currently investigating the matter. They want Pell to testify at the end of this month… but he’s really sick and can’t make it. Which is also very convenient.

That’s why there’s now an online fundraiser to send the victims to Rome so that, if Pell will at least testify there, he can do it while looking at the victims he (allegedly) put in harm’s way. And if he doesn’t testify or they can’t send the Australian entourage to Rome, the money will go to support a healing center for survivors in the city of Ballarat.

Comedian Tim Minchin just released a single called “Come Home, Cardinal Pell” — whatever he makes from sales of the song will go toward the fundraiser: 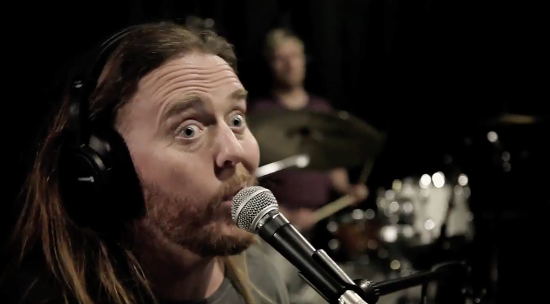 Come home, Cardinal Pell
I know you’re not feeling well
Being crook isn’t much fun
Even so, we think you should come
Home, Cardinal Pell
Come down from your citadel
It’s just the right thing to do
They have a right to know what you knew

Oh, Cardinal Pell
My lawyer just rang me to tell
Me this song could get me in legal trouble
Oh well, Cardinal Pell
If you don’t feel compelled
To come home, by a sense a moral duty
Perhaps you will come home and frickin’ sue me.

The single is available on iTunes.