Ted Cruz Surrogate: “Separation of Church and State is a Myth”

This is also a man who — in a move that would be hilarious if it weren’t so terrifying — believes he is the best possible steward of the Constitution.

Furthering the horror show that is the Cruz campaign, one of his surrogates sought to clarify the candidate’s Constitutional prowess for the American public while appearing on MSNBC this weekend.

Separation of Church and State? Apparently that’s not a thing.

Pushed by anchor Joy Reid on whether or not Secular Americans could trust Cruz to stand for them as well, South Carolina evangelical Chairman Pastor Mike Gonzalez stated: 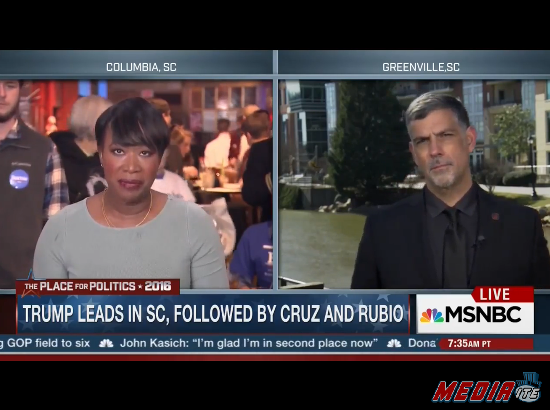 Well, the reality is that this idea of the separation of church and state is a myth. I mean, you bring your faith into the marketplace like you do anything else. So Ted Cruz is a — will be a president, not just, you know who is a preacher and pastor in the White House. That’s not the idea. I believe all Americans can rally around Ted Cruz because he upholds the Constitution. I believe all Americans want to truly uphold the law.

Reid pushed back against Gonzalez’s assertion, pointing out that separation of Church and State is pretty much spelled out in black and white in the Establishment Clause of the Constitution and existing case law. Gonzalez responded with a Marco Rubio-like repetition glitch, insisting that Cruz stands for the Constitution.

Is this going to hurt Cruz at all? Probably not, especially among the deeply religious Republican voters of South Carolina. If anything, it will likely shore up his bona fides among the faithful. You have to remember that Cruz supporters are not concerned about what the Constitution actually says. They just want a leader whose understanding (if you can call it that) aligns with what they hear in the pews on Sunday.

That said, Cruz may be overestimating the appeal of his preaching, even in South Carolina. The most recent polls have Trump with almost double the support that Cruz has. Though Cruz did come up from behind in Iowa, the margins there were much slimmer. And as we’ve written before (here and here), the Religious Right is not necessarily voting with their Bible this season. So while the comments probably won’t hurt Cruz and will likely further solidify support among those who were already going to vote for him, it’s doubtful that they’ll help him gain ground on the Donald in time for the state’s Republican primary on Saturday.