A Darwin Day Resolution Has Stalled in the Arizona Senate, but You Can Help Push It Forward February 16, 2016 Hemant Mehta

A Darwin Day Resolution Has Stalled in the Arizona Senate, but You Can Help Push It Forward

Arizona is one of the states where you wouldn’t expect a Darwin Day resolution to get very far, but that could change very soon.

State Senator Andrew C. Sherwood introduced SR1001 earlier this month. It’s a resolution similar to one he introduced last year in the State House, but that one didn’t make it out of the Rules committee.

The current version of the bill — co-written by physicist Lawrence Krauss, who lives in Sherwood’s district — looks like this: 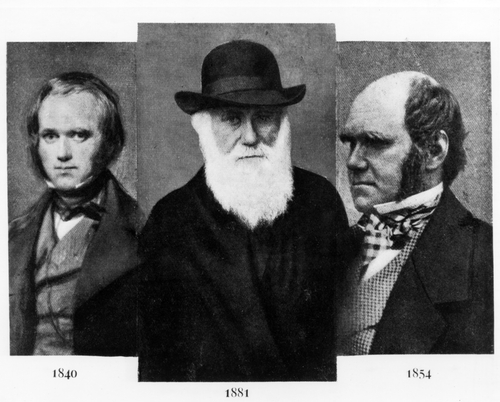 Whereas, February 12, 2016 is the 207th anniversary of the birth of Charles Darwin; and

Whereas, Darwin’s discovery of natural selection continues to serve as the foundation for ongoing advances in science, health, philosophy, art, education and many other areas of modern life; and

Whereas, Darwin’s strength of character is evident in the great courage, wisdom and honesty required to explore and publish the findings supporting natural selection as the mechanism by which biological evolution occurs; and

Whereas, there is a consensus among the scientific community that Darwin made multigenerational, world‑class contributions to modern thought and that he belongs among the most influential scientific minds in history, including Albert Einstein and Sir Isaac Newton; and

Whereas, the anniversary of Darwin’s birth is an appropriate day to celebrate and to reflect and act on the principles of intellectual bravery and perpetual curiosity and the hunger for truth that contribute to the well‑being of all people; and

Whereas, the State of Arizona is rightfully proud of its commitment to growth in the biotechnology industry, scientific research and education, natural resource-based recreation and tourism, research hospitals, aeronautics and other areas made possible by ongoing innovation in the life sciences.

Be it resolved by the Senate of the State of Arizona:

That the Members of the Senate proclaim February 12, 2016 as International Darwin Day in Arizona.

(An Amendment to the resolution was added to remove “2016” from it, basically making Darwin Day an annual event.)

Here’s what different from last year: This resolution was passed by the Natural Resources committee yesterday on a 5-1 vote. If it can now pass through the Health and Human Services committee, headed up by Senator Nancy Barto, it’ll go to the full Senate for a vote!

But right now, Barto has refused to even put it on the agenda.

It shouldn’t be this hard to pass a symbolic resolution… but this is Arizona and we live in the U.S. We can’t pass anything, much less a resolution praising science.

The Secular Coalition for Arizona is trying to put pressure on her to at least consider the measure. If you live in the state, you can click here to send her a message.

Her committee meets again Wednesday, and there’s still time to add this item to her agenda.

February 16, 2016
Christian Preacher Who's Never Seen a "Woman as Good Looking as a $100 Bill" Endorses Donald Trump
Next Post