While there are much more important strategic considerations regarding Scalia’s replacement, the religion factor has been ignored by practically everyone. When we talk about diversity on the Court, we usually talk about gender, ethnicity, or color (and to a lesser extent background and schooling).

So let’s talk about their faith. 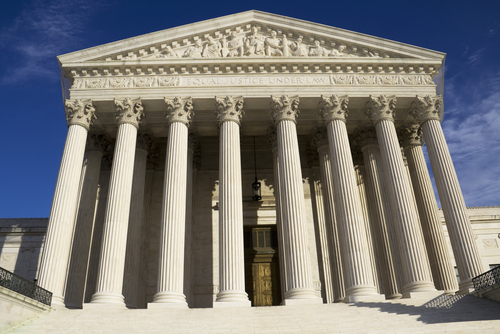 Among those whose names have been brought up a possible nominees, here’s what we known about their religious affiliations:

Patricia Ann Millett: Christian, though she hasn’t been more specific as far as I can tell.

Attorney General Loretta Lynch: Unknown, though she comes from a long line of Baptist ministers.

None of them, it won’t surprise you to learn, are openly non-theistic. And it should be pointed out that religious labels don’t necessarily mean they practice the faith. There are obviously religious justices who are strong advocates of church/state separation.

But for all the talk about diversity and having a Court that at least somewhat resembles the country, it appears that the next Supreme Court will once again lack a “None.”

Only one justice in history had no known religious affiliation — and that justice, David Davis, died in 1886.

February 15, 2016
No One Should Be Upset with the Church of England for Praying for Richard Dawkins
Next Post