No One Should Be Upset with the Church of England for Praying for Richard Dawkins February 15, 2016 Hemant Mehta 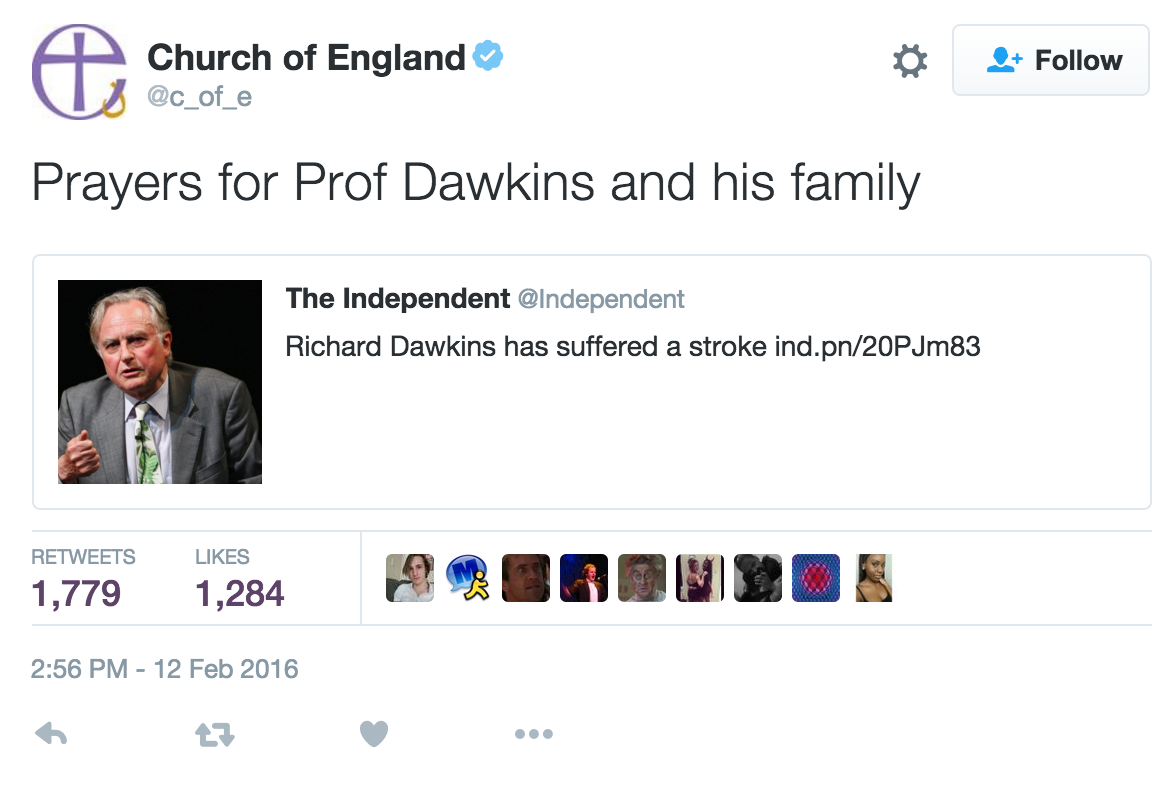 The proper response to this tweet would be: That’s sweet. The prayers will have no effect whatsoever on Dawkins’ health, but it’s nice that the Church is thinking about him.

Instead, some people on Twitter charged that the Church was “trolling” Dawkins, trying to stick it to him in his time of agony.

Granted no organization made this accusation, but it’s a low blow even from random tweeters. They act like the prayer was malicious instead of genuine.

The Church’s communications director Rev. Arun Arora responded to the accusations with a perfectly sensible comment:

Any suggestion that Christians do anything other than hate Professor Dawkins utterly confuses those who think in binary terms. Few would appreciate that the former Archbishop of Canterbury, Rowan Williams, hosted Richard Dawkins and his wife at a party at Lambeth Palace in 2007. “There’s something about his swashbuckling side which is endearing,” said Archbishop Williams, saying of Richard and Lalla “they were absolutely delightful.”

I wish Professor Dawkins well. I hope he makes swift and full recovery and wish him the best of health. I will pray for him too. It is the very least I can do.

Again: It’s fair to say those prayers won’t help Dawkins. They won’t. But to suggest they were anything but an honest plea for his quick recovery suggests a bitterness that just isn’t there.