It may have taken decades of coverage, widely publicized lawsuits, and countless lives impacted and ruined, but at least — at long last — the Vatican has figured out that it has an absolute duty to protect children who have been molested by Church leaders. Right?

Not at all, it would seem. On the contrary, new Vatican guidelines for reporting sex abuse seem to demonstrate an incredible lack of progress for an organization that has supposedly learned a lot from past mistakes. 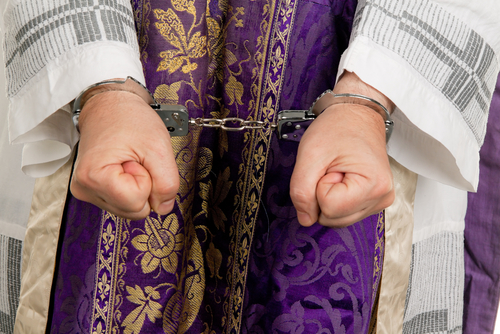 A document that spells out how senior clergy members ought to deal with allegations of abuse, which was recently released by the Vatican, emphasised that, though they must be aware of local laws, bishops’ only duty was to address such allegations internally.

“According to the state of civil laws of each country where reporting is obligatory, it is not necessarily the duty of the bishop to report suspects to authorities, the police or state prosecutors in the moment when they are made aware of crimes or sinful deeds,” the training document states.

If this sounds a lot like the Church’s past approach of doing only what was strictly required by law, well, that’s because that’s pretty much exactly what this is. And it wasn’t the only problem with the document, either.

It’s more than a bit surprising, therefore, to discover that at least last year, the Pontifical Commission for the Protection of Minors, the body created by Pope Francis to identify “best practices” in the fight against child abuse, was not involved in the training.

What’s the point of creating a commission to promote best practices, and putting one of the Church’s most credible leaders on the abuse issue, Boston Cardinal Sean P. O’Malley, in charge of it, and yet not having it address the new leaders who will have to implement those practices?

He also points out that prevention was given little attention in the new material:

Most basically, canonical procedures kick in only after abuse has been alleged. Presumably the goal ought to be to stop those crimes from happening, and in that regard it’s striking that Anatrella devoted just a few paragraphs to abuse prevention, using abstract language without concrete examples.

It’s especially puzzling given the resources the Church has invested in prevention programs. In the United States, the bishops estimated in 2013 that they had spent $260 million since 2002. A new book called “The Whole Truth” by Chicago-based attorney Joe Klest, an agnostic who’s made millions suing the Church on behalf of abuse victims, praises those efforts.

Barbara Dorris, Outreach Director of the Survivors Network of those Abused by Priests (SNAP), addressed the news in an email to Newsweek that noted

In one sense, this isn’t surprising. As BishopAccountability.org has pointed out, ‘zero tolerance,’ while often uttered by Catholic officials, isn’t even the official policy of the global church…

But it’s infuriating — and dangerous — that so many believe the myth that bishops are changing how they deal with abuse and that so little attention is paid when evidence to the contrary — like this disclosure by Allen — emerges.

As decades of these abuses have already demonstrated, this attitude of “only what’s required” becomes particularly dangerous when the law does not require mandatory reporting.

Maeve Lewis, the executive director of One in Four, an Irish group for sexual abuse survivors, said that she worried particularly about countries where the law does not require clergy to be mandatory reporters of child abuse. In Ireland, it would be against the law for a priest or bishop not to report suspected abuse.

“Given the history of clerical abuse in this country, we all know the sort of culture that that can create — and the very dangerous position it leaves vulnerable children in,” Ms. Lewis told Newstalk.

In the United States, mandated reporting laws vary by state.

But it’s a problem that runs deeper than that. Even if reporting were mandatory everywhere, the idea that the Bishops’ duty to report comes primarily or solely from the legal rather than moral imperative to protect children is deeply troubling. Not least of all when it from an organization that purports to model a higher moral authority than mankind’s.

(Edit: If you know of children who are being abused sexually, there are excellent resources here and here.)

February 15, 2016
Republicans Are Being Eaten Alive by a Monster of Their Own Creation
Next Post