In Latin America, where the Zika virus is spreading quickly, we know it has been linked to serious birth defects.

The rational thing to do here would be to prevent mothers from getting pregnant in the first place by promoting contraception or make sure they have access to abortions. 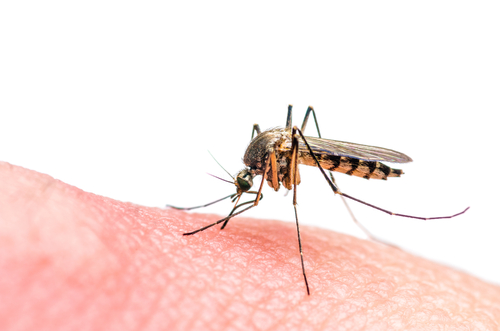 But the Catholic Church isn’t exactly known for being a rational institution:

“Contraceptives are not a solution,” said Bishop Leonardo Ulrich Steiner, the secretary general of the National Council of Bishops of Brazil, and an auxiliary bishop of Brasília, in an interview. “There is not a single change in the church’s position.”

He urged couples to practice chastity or use “natural family planning,” a method in which women monitor their menstrual cycles and abstain from sex when they are fertile.

… Father [Thomas] Rosica said church teaching on abortion and contraception remains the same. The Zika epidemic, he said, presents “an opportunity for the church to recommit itself to the dignity and sacredness of life, even in very precarious moments like this.”

That’s Catholic dogma for you: Every sperm is sacred, even if the quality of life is miserable. They would rather see babies suffer immeasurably instead of preventing them from being born at all.

To be fair, the virus seems to be spreading more through mosquitos than through sex, but the Catholic insistence against abortion affects mothers in both situations. It’s appalling, when you think about it, that even the danger of microcephaly isn’t enough to get Catholic leaders to make common sense recommendations in favor of contraception.

(Image via Shutterstock. Thanks to Scott for the link. This piece has been edited to say there’s a link between the virus and microcephaly, not that the virus causes it.)

February 15, 2016
An Acoustic Version of Shelley Segal's "Saved"
Next Post

February 15, 2016 No One Should Be Upset with the Church of England for Praying for Richard Dawkins
Browse Our Archives
What Are Your Thoughts?leave a comment