This is the Man Who Created Ted Cruz February 13, 2016 Hemant Mehta

This is the Man Who Created Ted Cruz

If Ted Cruz frightens you, then his father Rafael Cruz should give you nightmares. He’s the mastermind(less) behind the whole operation. He’s a Christian pastor who believes every conspiracy theory he’s ever heard and makes Sarah Palin look like a Jeopardy champion.

Not all children resemble their parents, especially in ideology.

In this case, however, they’re practically clones. You’ll get a strong taste of what a Cruz presidency would look like in the video below: 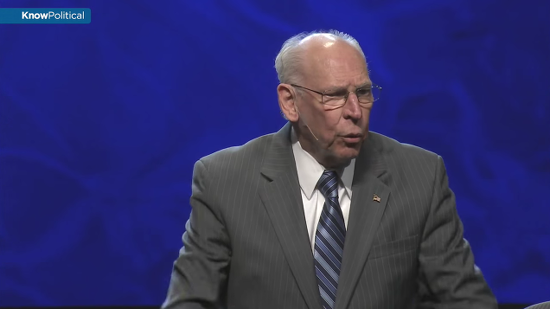 Can we blame Canada for this?

February 13, 2016
Rabbi Gets Kicked Out of Arizona City Council Meeting After Protesting Christian Prayers
Next Post

February 13, 2016 San Antonio Pastor Says in City Council Invocation That Non-Christians Work for the Devil
Browse Our Archives
What Are Your Thoughts?leave a comment