Bryan Fischer: Methuselah Lived to 969 Because He Was Protected by a “Vapor Canopy” February 12, 2016 Hemant Mehta

Bryan Fischer: Methuselah Lived to 969 Because He Was Protected by a “Vapor Canopy”

While there are many parts of the Bible that make people question its legitimacy, the age of Methuselah is a fairly simple one.

How the hell did someone live to the ripe old age of 969?

It involves a vapor cloud and radiation and genetics. You know, science. 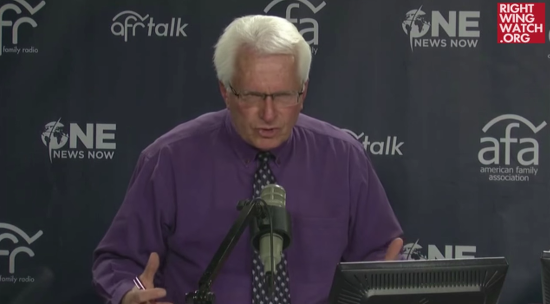 During the flood, Fischer said, that vapor canopy “condensed and fell as rain” and “that protective shield dissipated and so now there were some genetic impacts, impacts on DNA from this radiation coming in with no protection” and “that began to impact the longevity of people.”

Yep. That’s totally how it happened. The radiation hit us and then our telomeres shortened within a generation.

The simpler and more reasonable explanation for all this is that it simply never happened. But Fischer has never met a conspiracy theory he doesn’t like if it means confirming his delusions.