In 2012, the Reason Rally, a gathering of atheists in Washington, D.C., brought together an estimated 20,000-30,000 people from across the country. A similar (and much larger) event is taking place at the Lincoln Memorial on June 4, though information on what’s going on that weekend and who will speak at the rally has been scant up to this point (in part due to staffing changes over the past few months).

But details about the event are coming together quickly.

Last night, the website was updated with an expanded speaking roster and more information on the events surrounding the rally. 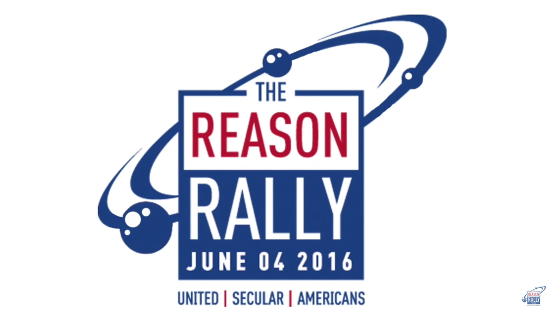 ***Carolyn Porco, leader of NASA’s Cassini Project to Saturn, is a planetary scientist who specializes in planetary rings and their interactions with orbiting moons.

***John de Lancie, an actor, singer, and comic, is best known for his role as Q in the “Star Trek” series.

Cara Santa Maria, a biologist, is co-host and contributor to many science shows.

***Maryam Namazie, a civil-rights activist, is spokesperson for Fitnah, the Movement for Women’s Liberation.

James Randi is a magician who unmasks pseudoscience and faith healers.

Yvette d’Entremont, the SciBabe, is a chemist and forensic scientist who fights against pseudoscience, using social media and humor.

***Killah Priest, a musician who started out as a member of the Wu-Tang Clan and has worked with Ol’ Dirty Bastard and GZA, infused much of his work with religious references.

Eugenie Scott, former executive director and current chair of the advisory council for the National Center for Science Education, combats the teaching of creationism.

Paul Provenza, director of the movie “The Aristocats,” is a comic, skeptic and was emcee of the 2012 Reason Rally.

Lawrence Krauss, a Ph.D. in physics, is a strong advocate for science-based public policy and a proponent of scientific skepticism.

***Kelly Carlin, only child of the late comedian George Carlin, writes for movies and TV.

Richard Dawkins, world-renowned evolutionary biologist and author of “The God Delusion,” is an outspoken advocate for rational inquiry.

***Margaret Cho, comedian, is an advocate for LGBT and an outspoken source for issues of race.

An interview with Lyz Liddell, the director of the Reason Rally, will be posted on this site later today.

February 11, 2016 "Atheists Make Better Lovers" Billboard Goes Up in California
Browse Our Archives
What Are Your Thoughts?leave a comment