Christian Right leader Bryan Fischer agreed with a caller this week who said government lawyers should have to take a class taught by Pseudo-historian David Barton before they get hired.

Fischer actually took it farther, saying that rule should apply to members of Congress as well. They should have to pass a test administered by Barton’s organization before they take their seats.

That’s David Barton. The guy whose book about Thomas Jefferson was pulled off the shelves by his own Christian publishers due to all the inaccuracies. 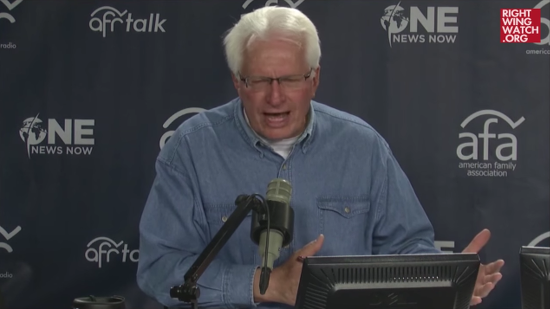 How about we see if Barton can pass the Advanced Placement U.S. History exam before we force members of Congress to be tested on their knowledge of revisionist, discredited history?

February 11, 2016
The Number of Victims of Female Genital Mutilation is Much Higher Than We Thought
Next Post