How have societies flourished in various parts of the world?

A new book by evolutionary biologist Dominic Johnson says that God has a lot to do with it.

He isn’t saying that God exists, but rather that the idea of God can scare people into working with strangers who believe the same way, allowing a civilization to grow. 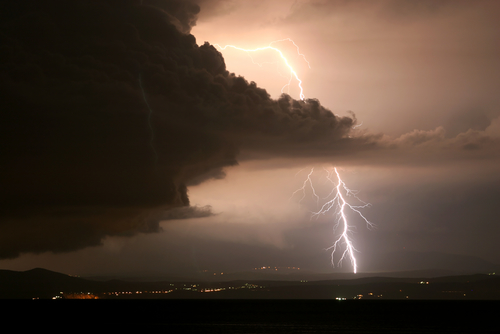 A study supporting this theory was just published in the journal Nature.

A team of International researchers, including the University of Auckland’s Associate Professor Quentin Atkinson, today published in major journal Nature their answer to a puzzle that has perplexed scholars.

They found that people who believe their god is more punitive and knowledgeable behave more honestly and generously towards others who share their religion.

These gods acted as a kind of social engineering, he said, so that people who believed in a morally-concerned god were more likely to follow the rules of the game and give money to their fellow believers over themselves and their village.

In a way, that makes a lot of sense. We are animals interested in self-preservation. Our genes may dispose us to protect our immediate families and close relatives… but strangers? Why should I sacrifice for them? You need a sense of community and shared values to consider doing something like that. And religion is one of the most powerful glues available to bind strangers together.

If you believe an angry God is watching over you and knows if you’re even thinking bad thoughts, you’re bound to cooperate (commiserate?) with people who share the mindset.

Of course, we now have secular replacements for divine justice (cops, courts, weapons) to keep communities in line. But when those things aren’t developed or available, an imaginary form of punishment will do the trick.

I don’t have doubts about the research. But it also makes you realize that the type of community united by a belief in an angry God is one in which the people live in constant fear. Even if they believe the God hype, they’re bound to have impure thoughts or make poor decisions. It doesn’t sound like anything I’d want to be a part of.