Four years ago, the Backyard Skeptics group in California put up a billboard, just in time for Valentines Day, featuring the phrase “Atheists make better lovers. (After all, nobody is watching.)”

You know a message like that bears repeating, which is why it’s back up all this month: 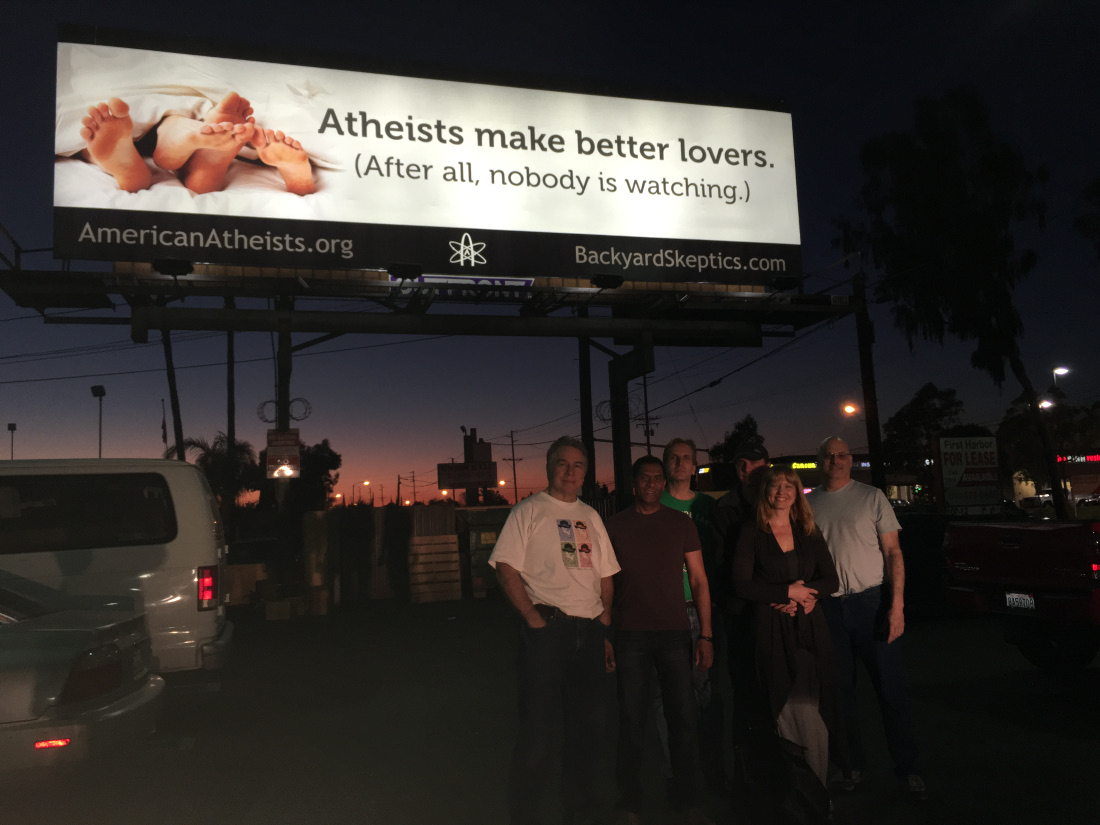 The point of the billboard in Santa Ana as well as the overarching purpose of Backyard Skeptics is “to promote the more humanistic philosophy of non-theism as one way to improve reasonable thought and a more peaceful world.”

Still, [founder Bruce] Gleason and his organization makes clear their “goal is not to convert people away from their religious beliefs,” Gleason writes. “We believe they will do that on their own if they ask enough questions and explore the answers from a more rational life-stance.”

The current billboard cost $2,500 for four weeks and was paid for by an anonymous donor from Huntington Beach…

Usually, when atheists put up a billboard, there’s pushback from religious conservatives. I don’t know what that would look like in this case, but I have a hunch they’d be uncomfortable even trying.

February 11, 2016 Mormon Author Whose "CES Letter" Helped Many Leave the Faith Now Faces Excommunication
Browse Our Archives
What Are Your Thoughts?leave a comment