According to a teacher in southern Wisconsin, when he came back to school after a day out of the classroom, his substitute had left a note for him on his lesson plans. It seems she wasn’t pleased with his questions about evolution. 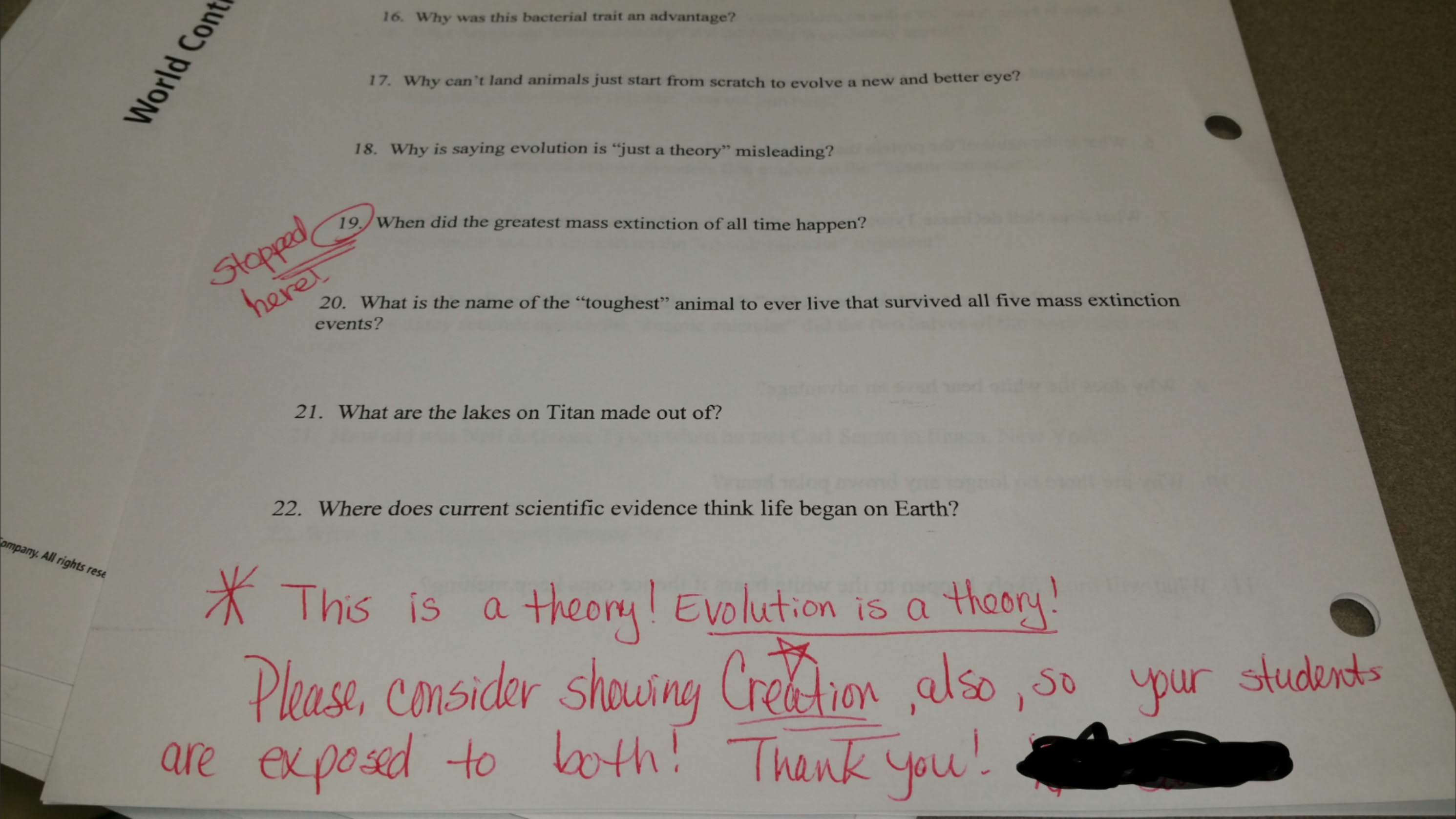 Stopped here! 19. When did the greatest mass extinction of all time happen?

Please, consider showing Creation, also, so your students are exposed to both! Thank you! [Signature redacted]

The sub apparently missed the whole point of the question right before that:

18. Why is saying evolution is “just a theory” misleading?

The teacher noted that he informed his principal and she will not be subbing for him again (though there’s no guarantee she won’t sub elsewhere in the District).

Without more details, take this all with a grain of salt. But in a country where Young Earth Creationists arguably make up more than 40% of the population, this is a commonplace frustration.

February 10, 2016
Christian Pastor Preaches Against Women Having the Right to Vote or Getting a Job Outside the Home
Next Post

February 10, 2016 Christian Extremist: Atheist Books Should Be Burned Because "They're Absolutely Dangerous"
Browse Our Archives
What Are Your Thoughts?leave a comment