***Update***: Well, that was quick. The anti-sodomy provision in question will be removed from the legislation.

***Update 2*** (from Hemant): Two quick corrections. This was an amendment to an existing bill, not a separate bill. Also, we should have made clear in the headline that the language in the bill would have been unenforceable because of the Supreme Court ruling that we discuss in the piece. Apologies on our end for perpetuating any confusion.

You read that right. 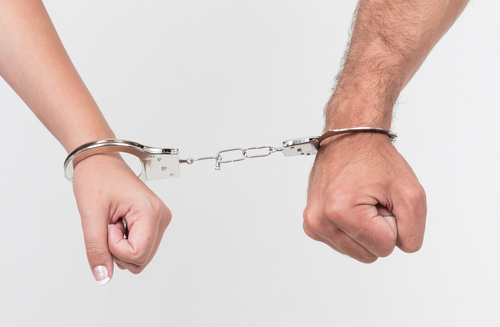 Michigan’s Senate has already passed SB 219, which equates sodomy to bestiality in just a couple of words:

Introduced by Republican State Sen. Rick Jones, the bill includes an update to the language of the state’s existing ban on sodomy, which states “a person who commits the abominable and detestable crime against nature either with mankind or with any animal is guilty of a felony” that is punishable by up to 15 years in prison.

For years, legislators in Michigan have been adamant about passing the package of animal rights bills referred to as Logan’s Law, for a Siberian husky who died after being intentionally burned with acid. Now, that commitment might get in the way of taking out the stipulation that, y’know, criminalizes consensual private sex acts between adults. From the New Civil Rights Movement:

This might seem like a great opportunity to finally remove the unconstitutional sodomy ban from the books, by simply striking the words “either with mankind or” from SB 219. However, Sen. Jones told The New Civil Rights Movement that such an amendment would jeopardize the whole bill.

“The minute I cross that line and I start talking about the other stuff, I won’t even get another hearing. It’ll be done,” Jones [said]. “Nobody wants to touch it. I would rather not even bring up the topic, because I know what would happen. You’d get both sides screaming and you end up with a big fight that’s not needed because it’s unconstitutional.”

Jones added that he believes the only way to repeal the sodomy ban would be a bill striking all unconstitutional laws from the state’s books.

“But if you focus on it, people just go ballistic,” he said. “If we could put a bill in that said anything that’s unconstitutional be removed from the legal books of Michigan, that’s probably something I could vote for, but am I going to mess up this dog bill that everybody wants? No.”

It makes no sense at all to link such a heinous, outdated rule to an otherwise worthy bill. (Not to mention there are plenty of other things Michigan officials could be spending their time on, like the water crisis in Flint.) The backlash from this oversight will be far more visible than any positive effects the bill could have.

Maybe get a second opinion on the language next time, you guys.