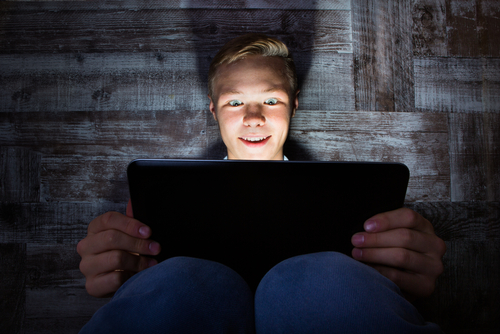 According to the survey:

McDowell is a little uptight about the findings and is kicking off the “Set Free Summit,” a conference taking place this April in Greensboro, North Carolina, with the purpose of getting churchgoers away from their pornographic tendencies.

The Internet is shaping the morality of today’s culture. Two decades ago, parents could largely control the information our children consumed during their early years. No more. Incredibly, recent studies show that 67% of young men and 49% percent of young women consider viewing pornography to be acceptable behavior.

In 52 years of working with young people, I have watched this trend grow, and have become convinced that it’s time to take action. Please join me, as well as some of the nation’s top specialists, as we address the pervasive problem of Internet pornography head on, and present proven solutions to set people free.

I’d be curious to get the conference hotel’s stats on how many rooms had an extra charge for adult channels that week… (or at least high-speed wireless access). A couple hundred sexually repressed Christians sitting around for hours each day talking about taboos and perversions — they’re bound to go rogue.

Just so we’re perfectly clear on how serious an issue it is to watch other human animals engage in normal human animal behaviors for enjoyment and relief, McDowell warns:

It is vital to raise awareness about the threat of Internet pornography. Pornography violates all relational values between the individual and self, the individual and society, the unity of our families, and our moral fabric and fiber as a nation. When we objectify and demean life by removing the sanctity of the human person, our future is at risk.

You know, there was a time when Christians could use the fear of Hell to scare people into sitting in the pews. But once the Internet became part of our lives, and fact-checking pastors became sport for future atheists, those threats faded away. Since they’ve already got that browser window open, might as well…

February 9, 2016 For Certain Christians, Lying for Jesus is Justified in the Abortion Wars
Browse Our Archives
What Are Your Thoughts?leave a comment