Pop quiz: You are a member of a left-wing political party, traditionally concerned with equality and women’s rights. What do you do when your male councillors stand accused of a sustained, decades-long effort to sabotage female candidates in their communities?

Follow-up: What if the councillors in question happen to be Muslim — who also happen to be among your most reliable voting bloc?

If your answer changed between the first and second question, you may just be fit to join Britain’s Labour Party. 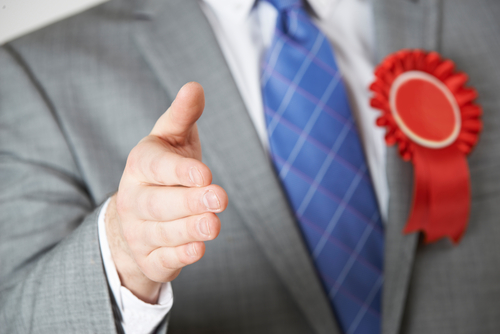 Last week, the Muslim Women’s Network UK (MWNUK) published an open letter accusing the party of cultivating an environment of “systematic misogyny,” wherein male Muslim councillors routinely suppressed female Muslim candidates with slander, backroom vetting, and political sabotage. MWNUK chairwoman Shaista Gohir called it “an open secret [that] has been going on for decades,” adding that “senior Labour politicians have deliberately turned a blind eye to the treatment of Muslim women because votes have been more important to them than women’s rights.”

In a related BBC Newsnight feature, several Muslim women came forward with corroborating stories, reiterating the claim that qualified female candidates had been “undermined, sabotaged, and blocked” from public office in Muslim-majority communities:

Optician Fozia Parveen claims her efforts to become a Labour councillor in Birmingham in 2008 were scuppered by men within the party.

She said: “At the time, I was aware of a smear campaign against me.

“They said that I was having an affair with one of the existing councillors.

“I was quite taken aback. People were turning up at my family home trying to intimidate my mum.”

Shazia Bashir was the first choice for Labour in a seat in Peterborough in 2007.

She claims that when her father said he would not support her, Muslim men from within the local Labour Party made her step aside. They deny the claim.

Jean Khote, a sitting Labour councillor in Leicester, said good women candidates were barred by the membership in some areas with high Muslim populations — and that was kept from people higher up the party.

Nor were they the only ones. Other women featured on the programme spoke anonymously:

One said: “They spread this slander about me. It’s the way they get to you.”

Another said she had been told by Labour members “Islam and feminism aren’t compatible”.

An advocate for gay rights was told: “This is un-Islamic. Leave that for white people.” And many spoke of being criticised for being too Westernised.

According to Gohir, this institutionalized behavior is reflective of “a biradari male kinship system” — a “cultural mindset” imported from regions of Pakistan, India, and Bangladesh, but normalized in UK communities by patriarchal local leadership. And while Gohir has written to other political leaders about the obstacles that women of color face in politics, she insists that “Muslim women are most affected by Labour Muslim male councillors due to the latter’s numbers in certain towns and cities.”

The MWNUK letter goes on to call for an independent inquiry into the conduct of local Labour politicians.

As for the Labour leadership, their response to the controversy has been expectedly political, to say the least:

“The Labour Party has a fair, democratic and robust procedure for selecting council candidates. Local Labour Party members select their local candidates within the party’s rules and guidelines.

“Those wishing to become Labour councillors are interviewed by an independent assessment team and unsuccessful candidates have a right of appeal to the regional party board.”

And therein lies the conundrum of regressive identity politics: Where do your loyalties lie when the principles of equality espoused by your party clash with the deeply-conservative values that dominate the communities you represent?

One can only hope that the Labour leadership act on this issue with speed and integrity. But if history is any indication, this would not be the first time that politicians throw the most vulnerable minorities-within-minorities under the bus in order to mollify their base.

February 8, 2016
Tennessee Lawsuit Wants To Stop All Marriages, but Especially Those Gay Ones
Next Post

February 8, 2016 This is the Worst Game Ever, but I Can't Stop Playing
Browse Our Archives
What Are Your Thoughts?leave a comment