The Mormon Church is Opposing a Medical Marijuana Bill That Could Help Thousands of Ailing Patients February 6, 2016 Hemant Mehta

A couple of weeks ago, Utah State Senator Mark B. Madsen proposed a bill — S.B. 73, the Medical Cannabis Act — that would allow the use of medical marijuana for patients suffering from ALS, Alzheimer’s, Crohn’s, epilepsy, multiple sclerosis, PTSD, chronic pain, etc.

There’s no shortage of stories of patients whose lives have improved considerably because the marijuana eased their pain, prevented muscle spasms, stopped nausea, etc. Even beyond the arguments for legalizing pot, medical marijuana should be a no-brainer. 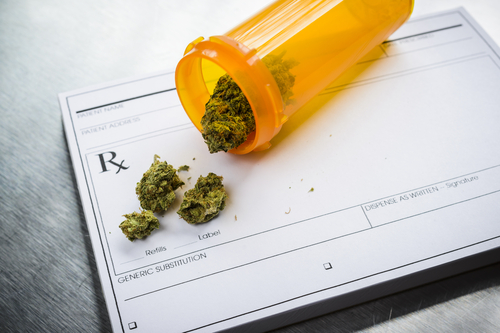 So, of course, Madsen’s bill is in danger of being derailed by the Mormon Church:

“Along with others, we have expressed concern about the unintended consequences that may accompany the legalization of medical marijuana,” LDS Church spokesman Eric Hawkins said in a statement to The Tribune. “We have expressed opposition to Senator Madsen’s bill because of that concern. We are raising no objection to the other bill that addresses this issue.”

Madsen said he asked to discuss the reasons for the church’s stance but was rebuffed.

It’s ironic that a religion based on made-up stories now wants to punish patients on the basis of made-up consequences.

Meanwhile, the Church had no problem supporting Prop 8 despite the very obvious consequences it had on gay and lesbian couples.

The Mormon Church cares more about unknown consequences than known, harmful ones.

Is there any substantive reason for opposing it? Only this: Marijuana contains THC, the chemical that gives you the high. Mind-altering substances are forbidden in the faith — which is why alcohol is banned, too — but marijuana, unlike hot drinks, can help ease the pain of people with life-threatening ailments.

“I asked them, ‘Can we have some kind of a productive, meaningful conversation?’ and each time they just said, ‘You know the difference between the other bill. It’s not the other bill,'” Madsen said. “So I say, ‘THC?’ And I get a vague nod.”

This is religious dogma getting in the way of common sense. The Mormon Church would rather see people suffer than bend a little on its own rules.

More importantly, though, it’s not enough for Church officials to say “We’re telling our members not to use medical marijuana.” They want to block everyone in Utah from having access to it, Mormon or not. That’s really the problem with religion these days, isn’t it? It’s not enough that they have bad ideas (*cough*KimDavis*cough*) they want those bad ideas to apply to everyone, even those who openly reject their theology.

Makes you wonder why any decent person would want to remain in a Church that cares so little about the well-being of others.

***Edit***: This article said earlier that caffeine was forbidden in the faith. That’s not necessarily true. The article has been updated to reflect that.

February 6, 2016
The History of Japan. In Nine Minutes. Sorta.
Next Post