Last April, I posted about how the Rationalists of East Tennessee had put up a billboard in Knoxville, Tennessee reading “Don’t believe in God? You’re not alone!”

Despite the month-long contract, the billboard was removed from its location just five days later after a business owner complained.

It’s been a while, but I’m happy to say that billboard is now back up in nearby Lenoir City: 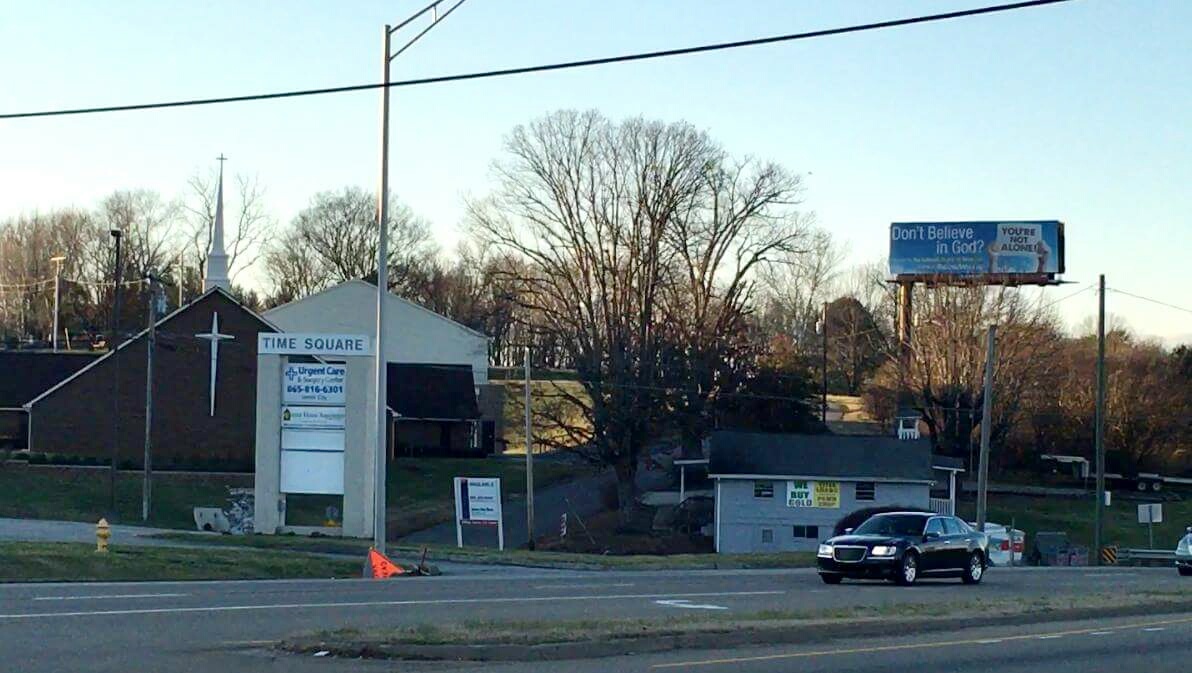 So far, no complaints. But give it a day or two… I’m sure Christians living in the area will be quick to whine about the existence of people who don’t believe as they do.

(Thanks to Shawnee for the link)

February 6, 2016 Puerto Rico Police Promote Religion with Event "Proclaiming the Favorable Year of the Lord"
Browse Our Archives
What Are Your Thoughts?leave a comment