The Relationship Between Atheism and Suicide is More Nuanced Than These Christians Think February 5, 2016 Lauren Nelson

On the show Christian Today, Eric Hovind and Paul F. Taylor recently posed a question to atheists: Absent Christianity, why is suicide a bad thing?

The pair made the case that Christianity is what fostered the idea that suicide was wrong to begin with, citing everything from ancient Roman times to the Synod of 425 AD to prove their case. They seem to believe that all atheists embrace the idea that suicide is a legitimate, acceptable way to exit life, because our godlessness means we have no reason to value it. 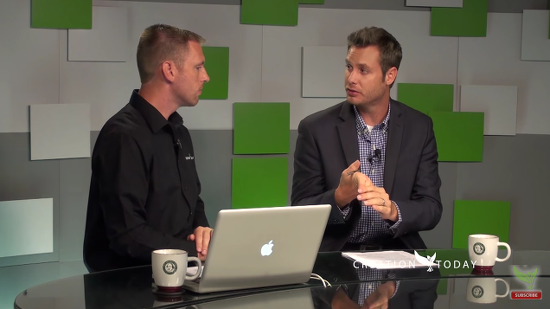 Ignoring for a moment that they’re conflating atheism with nihilism, and that the Synod they mentioned technically related to prohibiting suicide by slaves as a means of controlling production, they do raise an interesting question about perceptions of suicide within the atheist community. It’s a difficult idea to wrestle with, largely because the atheist population is not a homogeneous body. One need only glance at the comment sections on this site to know that much. I can’t speak for every atheist in the world on this subject, and I won’t try to do so. But here’s one perspective to consider.

Atheists don’t have an ancient text derived from an invisible omnipotent force’s will to tell us how to live our lives, but our lives still have meaning. We still laugh and love and cry and hurt and learn and experience wonder. We just do it without the lens of a deity being responsible. In many ways, it can make every moment richer and more profound. This is our life. It can be beautiful and ugly and confounding, but it’s ours to do with as we choose.

We value these experiences. As a result, death can still inspire grief. It hurts when someone we love isn’t around anymore. And the senseless loss of life can hurt even more. Suicide is still tragic. Please do not take any of the following discussion as a dismissal of such grief. That’s far from the point of this conversation.

But in the midst of that tragedy, following the logic of how we value life, on principle, one can see that how that life ends ought to be something we can own as well. There is a difference, however, between believing in a principle and believing that something is a good idea or an action to be encouraged.

On principle, I can say that I think a woman’s body is her own and that if she wants to engage in sex work, she should be able to use her body for that purpose. Given the context in which that takes place and the dangers associated with the practice, though, it’s not something I would encourage. In fact, I would actively discourage it, especially under the regulatory regime present in the U.S. But I don’t judge women who make that choice. It’s their body, it’s their life.

The point is not to compare suicide and sex work, but to show how principle and practicality don’t always align. So how does that apply to taking your own life?

Let’s start with the fact that suicide is most frequently the avoidable end to a health struggle. As the University of Washington explains:

The great majority of people who experience a mental illness do not die by suicide. However, of those who die from suicide, more than 90 percent have a diagnosable mental disorder.

Let that sink in for a minute. 90% of suicides involve individuals suffering from mental illness. As UW continues:

Those statistics are sobering, especially when 1 in 5 Americans struggle with some sort of mental illness. This is not news to them, of course. Those who understand these struggles will tell you that mental illness, left untreated, can be fatal. In these cases, while one may agree with suicide on principle, practically speaking, suicide is unnecessary. With the right interventions — be they pharmaceutical, cognitive, or physiological — suicide isn’t a foregone conclusion.

There are, however, times in which suicide does seem perfectly acceptable in principle and practice. There are some cases when an individual is suffering from a disease for which there is no cure, where death is not merely a possibility but rather inevitable. The side effects associated with such conditions can be excruciating: relentless pain, memory loss, loss of motor function, and more. If atheists believe that their life is their own, and they’re going to be dying soon, anyway, shouldn’t they be able to choose how their life ends?

In 2014, 29-year-old Brittany Maynard made waves on this subject. As someone suffering from brain cancer, she had long been a proponent of death with dignity — a more appropriate term for assisted suicide. In a video recorded weeks before her death, she explained her decision to go out on her own terms.

Who has the right to tell me that I don’t deserve this choice? That I deserve to suffer for weeks or months in tremendous amounts of physical and emotional pain? Why should anyone have the right to make that choice for me?

Having this choice at the end of my life has become incredibly important. It has given me a sense of peace during a tumultuous time that otherwise would be dominated by fear, uncertainty and pain.

It’s hard to disagree with Maynard on this one. Actually, it seems the height of egotism and cruelty to do so. She was, of sound mind and conscious consideration, making the choice that was best for her.

To this end, yes, there is an atheist case to be made for acceptable suicide. There may be times where we see it as okay, and not something that can or even should be avoided. That’s not nihilism or moral turpitude; that’s compassion.

But there’s another big difference between atheists and the faithful when it comes to suicide: shame. In many faiths, suicide is cast as sinful, a barrier to Heaven or rewards after death. Such a perspective not only compounds the intense emotions of the suicidal but enhances the grief experienced by those left behind. And it’s bullshit.

Those who end their life do not do so out of cowardice or weakness. They do so because they are in extreme pain and dealing with tremendous struggle. Sometimes those struggles are known to loved ones, sometimes they are not. And while the causes of most suicide attempts may be treatable, resources for treatment are frequently scant. Those who have lost loved ones to suicide are entitled to their own emotions on the subject, but social condemnation of those who lost their lives to suicide is wholly inappropriate. It’s callous, ignorant, and only further contributes to the stigma surrounding mental illness. Who on earth wants to get help for suicidal ideation when it’s painted as a fault?

Which brings us to the argument most frequently referenced by the religious when contrasting themselves with atheists on the subject of suicide: statistics show that religious individuals are less likely to commit suicide than those who are not. They will insist, as Hovind and Taylor do, that the absence of religious condemnation makes suicide more acceptable.

Putting aside everything else we’ve discussed so far, this statistic does not say what they think it does. Leveraging it ignores the most important element in statistical analysis of a human experience: context.

It doesn’t matter what the diagnosis is. There is one thing that can be deadly for anyone living with any mental illness, and that’s isolation. It’s a surefire way to get lost in your own mind, and when mental illness renders your mind an unsafe place, that’s downright dangerous. Without anyone around to notice what’s happening, things can unravel quickly. Having a support network that draws you out of isolation can be a crucial element in maintaining your health. It keeps you from getting stuck in a dark and hopeless mental labyrinth, allows those who care about you to show you why they care, and helps them spot when you might be in trouble.

Atheists can and do develop these support networks. We’re not all inherently hermits, obviously; even those living with mental illness may have social obligations that get them out of the house. But it’s rarely a function of community shaming if they opt out of participating. The leg up that the devout may have is forcible social interaction. It’s hard to isolate if you must go to Church every Sunday. And social mores regarding participation in group activities may further draw you out. There’s something to be said for that.

But there’s a MASSIVE caveat that goes along with this sort of forcible socialization. The shame the religious associate with suicide is not reserved for suicide. There’s a whole spectrum of sin that folks are shamed for — including, believe it or not, mental illness. As we wrote in October, religion has long been a driving force in the stigma surrounding mental illness and seeking treatment:

Religion continues to blame weak faith as the cause of mental illness, insisting greater devotion is the solution. A recent study found that 50% of Evangelical Christians believe mental illness can be treated by “prayer and Bible study alone.” Research from 2008 found that Evangelical Christians and Orthodox Jews are less likely to seek treatment and more likely to perpetuate the stigma against mental illness. These trends are even more pronounced within communities of color. The Journal of Muslim Mental Health found that immigrant practitioners of Islam overwhelmingly seek treatment from the family to avoid public shame, where that treatment is often nothing more than encouragement to “toughen up.” There are Christian extremists that go so far as to claim that psychiatry is “anti-Christian” or that “madness” is punishment for sin.

In other words, while religion may shame people away from suicide, it can also shame them into a life of utter misery and despair by casting a differently wired brain as a character flaw. Can we really argue that this is a reason to praise religion? That they discourage people from killing themselves, but encourage them to hate themselves and suffer in perpetuity? I can’t find a way to see that as a net positive.

So do atheists condone suicide? In most cases, no. What they condone is accessible, affordable treatment to prevent suicide. There are cases in which they can accept it, but it’s done out of compassion. The key difference between most atheists and the religious has nothing to do with whether or not we see the loss of life as tragic, but that we don’t feel the need to use shame as a preventative measure or reaction to it.

There will certainly be atheists who disagree with the case presented here, and that’s okay. But on face, the assertions made by Hovind and Taylor are inaccurate and offensive. You don’t need God to value life.

February 5, 2016
Christian Kid Says That Criticizing Him for Bullying Gay Students is Itself a Form of Bullying
Next Post