Poll Finds That Half of U.S. Believes Muslims Are “Anti-American” February 5, 2016 Lauren Nelson

Poll Finds That Half of U.S. Believes Muslims Are “Anti-American”

If you had any doubt that GOP rhetoric is ushering in another era of McCarthyism, I present you with the fruit of their efforts.

On a day when the President visited a mosque and called for tolerance, the Pew Research Center released a new poll regarding Americans’ beliefs about Muslims in the country. What did they find? 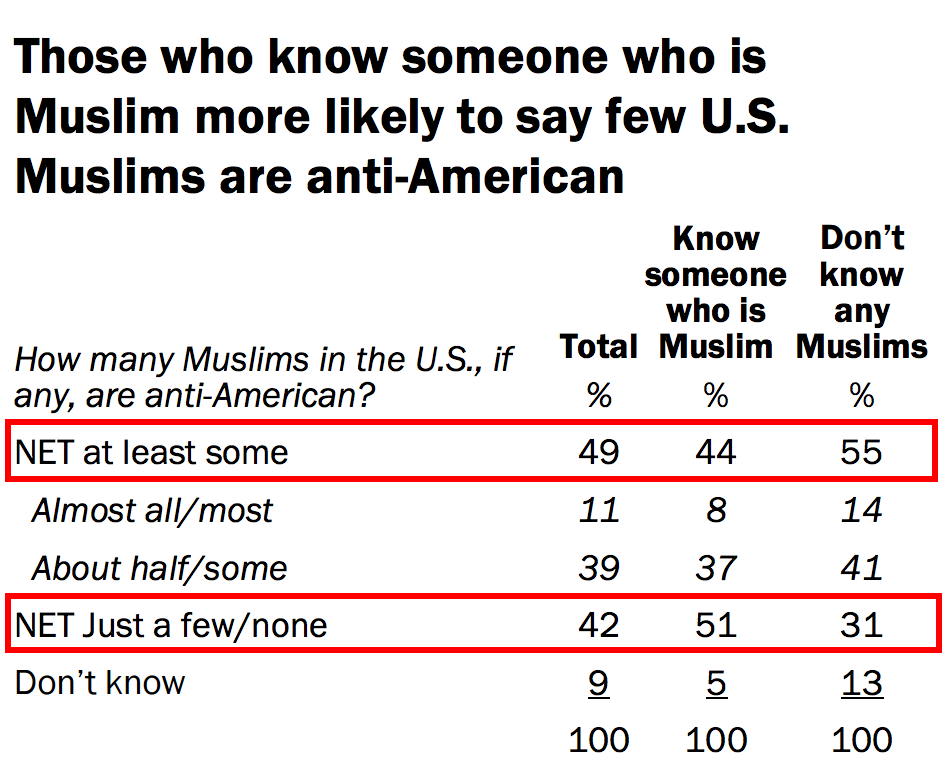 The poll is unsurprising given the level of vitriol being thrown around in conversations about Islamic terrorism. What’s really mind-blowing is that in the same poll, 57% of all respondents said they felt there was a lot of discrimination against Muslims in America and 74% said it was on the rise. Given that so many people think being a Muslim means being anti-American, I WONDER WHY THAT’S THE CASE.

The funny thing is that Christians don’t get the same kind of doubt cast at them. Conservative Christians espouse discrimination against same-sex couples, in flagrant violation of the Fourteenth Amendment and current case law. Some denominations indicate poor support for gender equality in employment by banning female leadership, which doesn’t exactly jibe with Title VII of the Civil Rights Act. The Religious Right was literally borne of racism during segregation era politics, with dog whistles aplenty still sounding. Many actively advocate for the institution of Christian values in law, First Amendment be damned. And let’s not forget the, “Gods, Guns, ‘Murica” crowd that’s called for vigilante “justice” and things like arming yourself in preparation for the coming culture wars. But you’ll never see half the population saying Christians are anti-American.

The poll is disheartening, to be sure, but given the caricature of Americans the rest of the world sees, maybe being excluded from that idea isn’t the worst thing in the world.

February 5, 2016
A Proposed “Religious Freedom" Bill in West Virginia Would Let Believers Avoid All Sorts of Laws
Next Post