Delaware Governor Jack Markell has once again issued a proclamation in honor of Darwin Day, recognize the accomplishments of Charles Darwin: 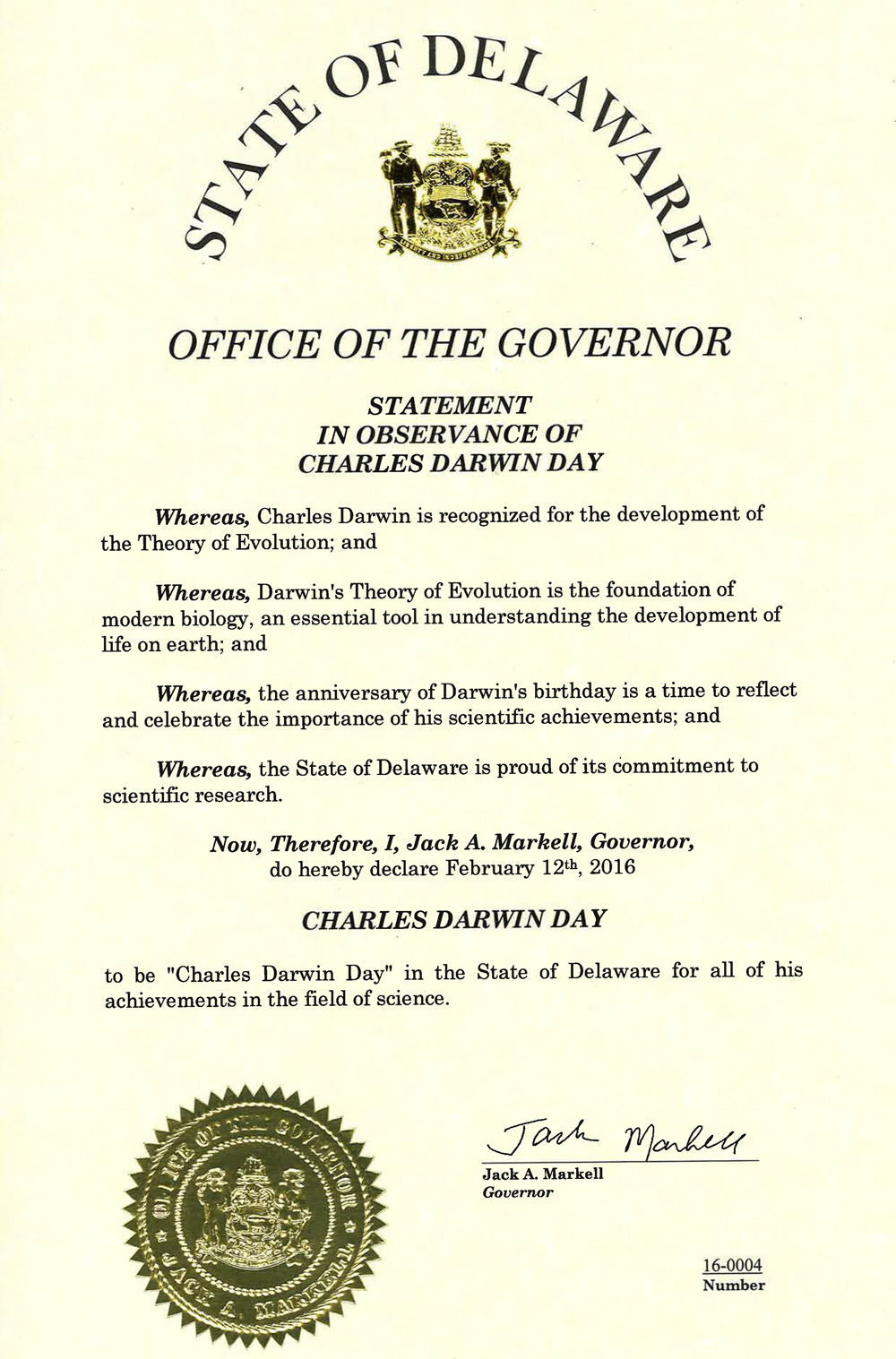 Whereas, Charles Darwin is recognized for the development of the Theory of Evolution; and

Whereas, Darwin’s Theory of Evolution is the foundation of modern biology, an essential tool in understanding the development of life on earth; and

Whereas, the anniversary of Darwin’s birthday is a time to reflect and celebrate the importance of his scientific achievements; and

Whereas, the State of Delaware is proud of its commitment to scientific research;

to be “Charles Darwin Day” in the State of Delaware for all of his achievements in the field of science.

Fantastic! And so simple to do — all it took was a simple request.

Credit for making this particular proclamation happen goes to the Delaware Coalition of Reason.