Christian Kid Says That Criticizing Him for Bullying Gay Students is Itself a Form of Bullying February 5, 2016 Rachel Ford

It’s one of those popular but illogical “gotchas” of the conservative repertoire: You must “tolerate” intolerance or you’re not truly tolerant.

This is illogical because it suggests an unattainable, self-defeating view of tolerance that does not at all resemble actual tolerance (or how the real world operates). Like a society that abhors violence, but allows that violence in self-defense as a valid means of maximizing non-violence, a society that values tolerance must refuse to support intolerance if it wishes to remain tolerant. Accepting intolerance isn’t a form of tolerance; it’s the downfall of tolerance.

Anti-abortion website LifeSiteNews has a piece, purportedly written by “a Christian kid” who prefers to remain anonymous for “fear of retaliation,” devoting a good deal of time to pushing this line of thought. He says that efforts to protect gay students from intolerant Christians are themselves intolerant of people like him. 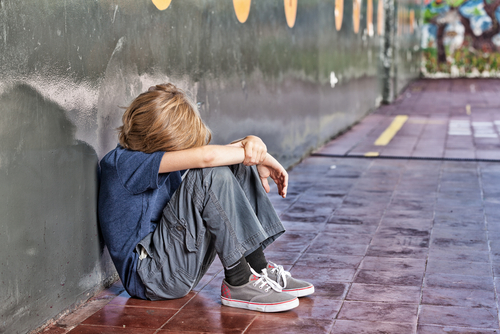 He begins by noting the goal of Gay Straight Alliances in schools (and how they’re not achieving it). The emphases are his.

But first, here is what Buzzfeed has to say about the new “Gender Policy” that has been released in Alberta:

The end goal of all this? To make sure everyone feels safe, welcome, and valued at school.”

Let me get this through your head: I DO NOT FEEL SAFE.

This idea that Gay Straight Alliances make a safe space for everyone, is false.

So, how are Gay Straight Alliances in his school making him feel unsafe? Is he being targeted for some intrinsic feature of his personality? Are random strangers singling him out for scorn and derision? Are the rest of the kids turning biology classes into a chance to attack him?

a) I am shamed by others because I uphold that it is a biological reality that a male and a female can have a baby together, and that because of that, not all “marriages” are equal. They teach this in biology class, but if I connect it to faith, I am nearly stoned to death.

Unless Canadian schools are a lot more interesting than American schools, I assume that “nearly stoned to death” means “people vehemently disagree with me.” Based on the tone of his writing, I’m guessing tact didn’t play a huge role in the pre-stoning conversations. And since I’m guessing these opinions were voluntarily offered, and not forced out by intensive interrogation from the jackbooted thugs of the Gay Straight Alliance, this student’s complaint essentially amounts to: I had an opinion, other people have different opinions, I made sure I told those other people my opinion, and they didn’t agree with me (maybe impolitely).

It must be noted that he doesn’t say he offered his opinions during a discussion of same-sex marriage; based on what’s written, the complaint is that people disagreed with opinions they did not even seem to have solicited. And that’s part of why he doesn’t feel safe.

To this kid, gay students have nothing to complain about when they are subjected to ridicule and disdain against who they are because there are people out there actually disagreeing with the opinions of Christian students. [Cue gasps.]

And sometimes, they’re rude about it:

b) I am labeled as backwards and old-fashioned, because I think virtue is something special, and that sexual experimentation will not “do me well” in my preparation for marriage one day. Sexual experimentation to “figure out” if you are gay or not, happens more than most adults would care to know. Kids like me have been lied to by teachers and this whole movement in that we are told that if it “feels good” it means you are gay or whatever. What better way to get more people to consider that they may be bi or gay, than to teach sex ed in a way that teaches sexual exploration?

This entire complaint has very little to do with “safe spaces”… it’s just a weird objection to sex ed, as if it were a devious push to turn kids gay. This is the sort of thing that only makes sense in religious conservative circles, where the belief that being gay is a choice is prevalent.

But the author has more complaints about people disagreeing with his opinions.

c) I am labeled as a homophobe because I continuously speak about attractions experienced and identity embraced, instead of just saying people “are gay.”

What’s particularly weird about this is that, later on, in a passage about how safe spaces are Simply. The. Worst. for gay students themselves, the anonymous author actually does refer to people as gay.

He feels unsafe, in short, because his bullying receives pushback.

d) I am scorned by many people who know that I would not attend a gay wedding (or any other wedding in which people were choosing to be closed to the transmission of new life). Not because of “hatred” which they accuse me of, but rather because it is a celebration of the commitment of two people to engage in unholy sexuality — unholy because there is an intrinsic closedness to completing the function of sexuality as it was designed. Again, a biological fact.

This obviously stems from a misunderstanding — if the author’s classmates only knew that his refusal was based in a condemnation of “unholy sexuality” rather than “hate,” I’m sure that’d clear things right up.

Failing that, the simple fact is that people will disagree, and even scorn one another over differences of opinion. That’s life. And it happens with or without safe spaces.

But after laying out how unsafe he feels because the opinions he forces on people are rejected, he comes to the real problem: that in providing safe spaces for gay kids to exist without being judged and harassed, you’re actually hurting gay kids:

And if I come across a bit scared and or irritated, you should see the actual gay Christian kids that want to live holy lives for Christ. THEY are the ones who feel 1000 times more unsafe than I. They undergo all of this, AND are told to their faces that they are liars, they are deceiving themselves, they are suppressed, and that they should leave the church because they are brainwashed…. all because they want to honor sexuality in the way it was created.

One more time: in Catholic schools, they are fearfully hiding even more than I, because of their desire to see themselves through the lens of Christ and their desire to live a holy life.

The “actual gay Christian kids” is a funny turn of phrase for someone who was only earlier complaining that people wouldn’t accept his refusal to use the term gay.

Regardless, the fact remains that the entire premise of this scenario is absurd. Is the Gay Straight Alliance hunting down apostate gay students and trying to bully them away from “holy lives”? Who is calling these gay students “liars”? How are they identified when they are “fearfully hiding”? And how, exactly, does the author know that this is going on, when these kids are “hiding” that they’re gay-but-holy in order to avoid the safe space thought police?

The fact is: safe spaces aren’t about forcing allegiance from unwilling participants; they’re not about “converting” people to being gay (or back to being gay). Again, this is conservative fantasy, where being gay is a choice. It’s not reality.

Just as it’s conservative fantasy that preventing bullying is in fact bullying, or that disparaging an opinion justifies disparaging people.

February 5, 2016
Poll Finds That Half of U.S. Believes Muslims Are "Anti-American"
Next Post

February 5, 2016 The Relationship Between Atheism and Suicide is More Nuanced Than These Christians Think
Browse Our Archives
What Are Your Thoughts?leave a comment