SB 11 is a religious freedom bill that was introduced by seven West Virginia Republican senators back in January. Under the proposed bill, only a “governmental interest of the highest magnitude that cannot otherwise be achieved without burdening the exercise of religion” would compel religious people to obey laws that violated their conscience. 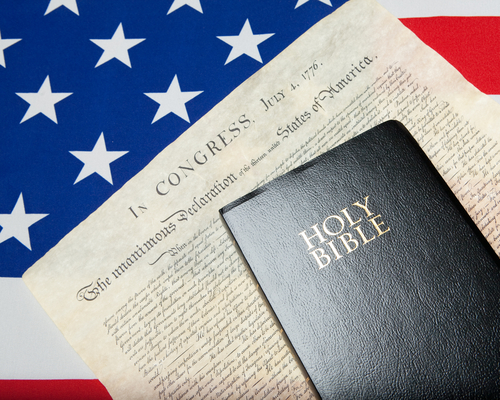 What kind of laws are we talking about? Well, the criteria is pretty broad. But it’s not hard to see what lawmakers have in mind in their definition of the exercise of religion:

In other words, if you believe in something that conflicts with law, that’s enough to absolve you of your legal duties… unless the state can prove that the issue is absolutely crucial to the state’s interests. While the bill protects the discriminatory impulses of a handful of bigoted bakers and clerks, the fact is that, if passed, the state would have to prove a “governmental interest of the highest magnitude” to enforce any law.

And they’re not particularly shy in alluding to the fact, either:

(1) Is essential to further a compelling governmental interest; and

(2) Is the least restrictive means of furthering that compelling governmental interest.

(b) This article shall be construed in favor of a broad protection of religious exercise to the maximum extent permitted by the term of this article and the state and federal Constitutions.

All of which effectively would effectively make saying “I believe…” the legal equivalent of having a “Get out of Jail Free” card in West Virginia. Let’s hope it fails.

February 5, 2016 Poll Finds That Half of U.S. Believes Muslims Are "Anti-American"
Browse Our Archives
What Are Your Thoughts?leave a comment