South Australia May Eliminate Swearing in on the Bible in a Courtroom February 3, 2016 Hemant Mehta

South Australia is considering a plan to get rid of religious oaths in the courtroom.

No longer would you have to say “So help me God” before testifying. Instead, the South Australian Law Reform Institute has suggested that all citizens simply be asked if they promise to be honest: 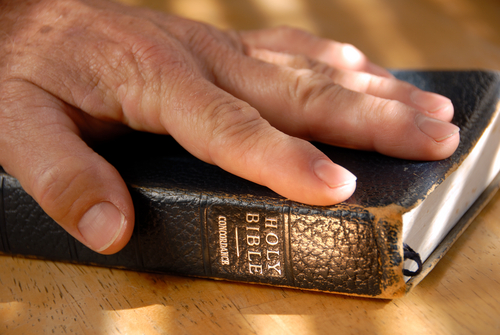 The Institute’s Director and Dean of the Adelaide Law School, Professor John Williams said swearing on the Bible had little meaning for people outside of the Christian faith.

“First of all it should be in legislation, currently it just exists in practice. And then we suggest that a judicial officer or a judge should say to somebody: look you’re about to make an important promise to tell the truth. It is significant to this process, do you understand? And then we would ask in very clear words: do you promise to tell the truth in this tribunal?” he said.

This should be a no-brainer. I can’t imagine anyone who planned to lie on the stand refrained from doing so because he swore an oath on the Bible. And the replacement oath doesn’t prevent people from honoring God if they choose to do so.

Right now, just as in the U.S. witnesses can opt to say “I do solemnly and truly affirm” instead of swearing on the Bible, but we know there’s a stigma attached to saying no to the Bible, no matter the circumstance. The replacement oath would do away with the Bible as default mode.

Attorney General John Rau says he is seriously considering the proposal. Let’s hope he acts on it soon.

February 3, 2016 Portland (OR) High School Ends Decades-Long Tradition of Singing Christian Song at Holiday Concert
Browse Our Archives
What Are Your Thoughts?leave a comment