Last November, the Portland Public Schools announced that choirs would no longer perform at The Grotto — a Catholic shrine — during its Festival of Lights because it was a religious venue. That changed took place due to pressure from the Freedom From Religion Foundation.

Now, Cleveland High School (in the same District) has announced that the winter choir concert will no longer end with teachers and staff members singing Handel’s “Messiah” (the “Hallelujah” song) because it’s overtly religious. 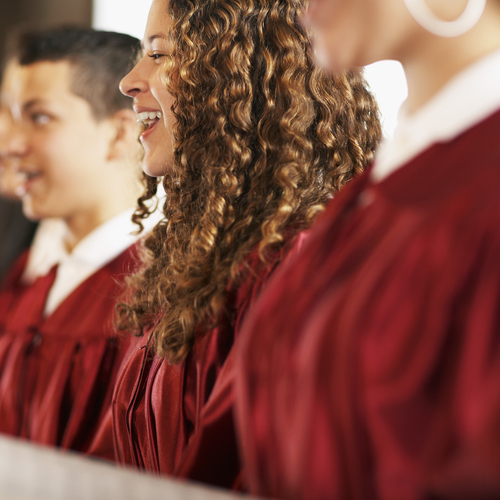 After requests from teachers, administration decided to change the song to a more secular piece: “Winter Wonderland.”

“In Hallelujah, there are not even just allusions to religion; there is a lot of overt religion,” said Steve Nims, history teacher. “Winter Wonderland is not as bombastic and it’s an easier song to sing.”

It should be noted that FFRF had nothing to do with this. School officials did this on their own. And it’s hardly a big deal. If the argument is that students should be challenged with difficult pieces of music, there’s no shortage of alternatives.

(via Willamette Week. Image via Shutterstock. Thanks to Brian for the link)

February 3, 2016
South Australia May Eliminate Swearing in on the Bible in a Courtroom
Next Post