Last Friday, Bill Maher chucked his Skeptic card right out the window (again). He invited Dr. Sam Chachoua on his show to discuss how milk from arthritic goats can cure HIV. 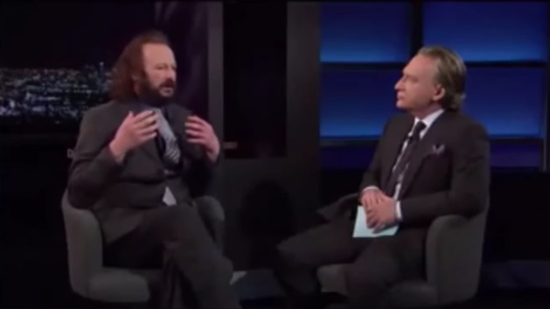 Rather than challenging the assertion, Maher seemed to be thoroughly impressed with the goat-milk guru, complaining about the “group think” of western medicine. Individuals, rather than medical institutes, are the ones who make the great discoveries, he argued. (Chachoua agreed that “nothing great has ever happened in medicine from an institute.”)

But the point of the interview wasn’t to bash those highfalutin scientists with their crazy, science-based cures. At least, it wasn’t just that. They spent a good deal of time discussing how the treatments Chachoua developed from his goat milk research saved the life of actor Charlie Sheen (the topic of a Dr. Oz episode in January).

According to Chachoua in People,

In fact, Chachoua was so certain of his treatments that he claimed to have injected himself with blood from the actor — a point Maher uncritically accepted as a show of confidence.

It is worth noting that, despite claims of such a miraculous transformation, Sheen wasn’t long off his regular HIV medication.

Sheen’s manager Mark Burg tells PEOPLE the actor resumed taking his medications Dec. 8, after the episode [of The Dr. Oz Show] was taped.

“Charlie is back on his meds. He tried a cure from a doctor in Mexico but the minute the numbers went up, he started taking his medicine,” Burg said. “He said he would start on the plane on the way home and that is exactly what he did.”

This is a point that neither Maher nor Chachoua wasted any time on. The doctor’s claims seem to have gotten Sheen’s goat, though, as he took to Twitter to imply that Chachoua was a liar.

Dr Sam
I was with u in
Mexico for
1 day.
It's illegal for u
to practice in
U.S.A. where u
treated me for 2 months
© https://t.co/lKv6YPYdhm

Seems like there might be some baaaaad blood between them now. And I don’t just mean the needlefull Chachoau claims to have injected himself with.

February 3, 2016 South Australia May Eliminate Swearing in on the Bible in a Courtroom
Browse Our Archives
What Are Your Thoughts?leave a comment