After Detained Pastor’s Release from Iran, His Wife is Under Fire for Alleging Domestic Violence February 3, 2016 Rachel Ford

After Detained Pastor’s Release from Iran, His Wife is Under Fire for Alleging Domestic Violence

The release of Iranian American Pastor Saeed Abedini is a cause many of my Christian friends have actively championed since his detainment and subsequent imprisonment in Iran in 2012. It had become a significant cause for activism in the world of the Religious Right, supported by numerous Christian organizations and leaders like Franklin Graham and Ted Cruz. Pastor Abedini’s wife, Naghmeh, was a tireless activist for his cause. Naturally, his recent release has been a source of much joy and relief (in which I certainly shared, as the release of a person for the thoughtcrime of believing in the “wrong” thing is a moment to be celebrated).

It has been dismaying to me, though, to see how rapidly Naghmeh Abedini has come to be viewed with grave suspicion by people who until recently believed her every word implicitly. Her offense, meriting this disbelief and even contempt?

She filed for separation from her husband after years of alleged physical, spiritual and emotional abuse. 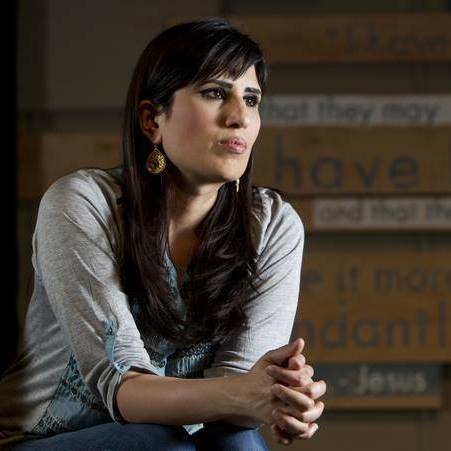 I do deeply regret that I hid from the public the abuse that I have lived with for most of our marriage and I ask your forgiveness. I sincerely had hoped that this horrible situation Saeed has had to go through would bring about the spiritual change needed in both of us to bring healing to our marriage.

I long more than anyone for reconciliation for our family and to be united as a family. Since Saeed’s freedom I have wanted nothing more than to run to him and welcome him home It is something I dreamed about the last 3.5 years. But unfortunately things did not work out that way and our family has to work through reconciliation. I want our reconciliation to be strictly based on God’s Word. I want us to go through counseling, which must first deal with the abuse. Then we can deal with the changes my husband and I must both make moving forward in the process of healing our marriage.

In very difficult situations sometimes you have to establish boundaries while you work toward healing. I have taken temporary legal action to make sure our children will stay in Idaho until this situation has been resolved. I love my husband, but as some might understand, there are times when love must stop enabling something that has become a growing cancer. We cannot go on the way it has been. I hope and pray our marriage can be healed. I believe in a God who freed Saeed from the worst prisons can hear our plea and bring spiritual freedom.

Pastor Abedini has since responded that “much of what” Naghmeh claims is not true, though he doesn’t elaborate. This is not the first time, though, that Naghmeh has mentioned abuse; on the contrary, Saeed was found guilty of domestic assault in 2007:

Charges of abuse against Saeed date back to at least 2007, according to the Statesman. That year, Saeed was sentenced to a year of probation for misdemeanor domestic assault, along with a suspended sentence of 90 days in jail.

And in November of last year, she halted her public advocacy for her husband, in part due to marital abuse.

She also spoke about “physical, emotional, psychological, and sexual abuse (through Saeed’s addiction to pornography),” which, she disclosed, started in the early days of their marriage and increased during her husband’s imprisonment in 2012 as they spoke on phone and Skype.

While there isn’t a way to know the extent of the abuse in the Abedini marriage, it is certain that, at least at some point, it existed; and Naghmeh has alleged it more quietly in the past.

In an interview with the Washington Post, Marie Fortune, who founded the multi-faith domestic and sexual abuse awareness group Faith Trust Institute, explained why someone like Naghmeh might have maintained her relative silence for as long as she did:

“The faith community doesn’t necessarily want to talk about domestic abuse because they don’t want people to think that it is happening within their community” she said.

That’s especially true when the abuser is a pastor. People don’t want to believe that a pastor could abuse their spouse. So a pastor’s spouse like Naghmeh often has no one to turn to for help, Fortune said.

Add the high-profile nature of Saeed’s imprisonment in Iran — and Naghmeh’s advocacy for his release — and it’s not surprising she didn’t speak earlier, she said.

“Who is she going to tell?” said Fortune. “Who is going to believe her?”

This is, unfortunately, something I’ve noticed among many of the advocates for Pastor Abedini that my acquaintance knows. Their respect for Naghmeh has morphed into outright disbelief, vague insinuations of disbelief, and general complaints about how much Saeed has suffered already.

That’s not to say that I expect people to automatically believe Naghmeh’s claims (beyond the portion of her claim we know to be true — that he has abused her at least at some point in the past); however, the immediate assumption that she’s lying, based on the belief in the good character of her husband (rather than any evidence that her claims are false), and despite at least one incident of prior domestic abuse, is appalling.

Franklin Graham, “who hosted Saeed at a North Carolina retreat after the pastor’s release from prison,” has lent his weight to the I’m-not-saying-she’s-lying-but-she’s-totally-lying crowd, with a post on Facebook in which he says:

While we rejoice at his new freedom, we now lift him and his wife Naghmeh to the Lord for healing in their marriage. Other than God, no one knows the details and the truth of what has happened between Saeed and Naghmeh except them. There’s an old saying that there are at least two sides to every story. I can tell one thing for sure — not everything that has been reported in the media is true.

Aside from strongly implying, and then stating, that the claims are lies, think about the implications of this call to prayer. There are a few possible scenarios here: First, Graham may believe that enduring years of physical, emotional, and sexual abuse is something a woman should do, as long as it preserves her marriage; or he may simply not believe it happened at all; or he might believe some of it happened, but she’s blowing the whole thing out of proportion and should just shut up to preserve her marriage.

Considering that he mentions the entire business in order to remind everyone that no one knows what actually happened (which casts serious doubt on his claim of that he “can tell one thing for sure”), presumably it’s the first. Which is no doubt another reason many women don’t mention these kinds of scenarios — because of the “it’s your wifely duty to put up with it” crowd.

Whatever Graham’s motivations, though, the fact remains that Naghmeh Abedini finds herself in the unenviable position of alleging abuse against a man who the Religious Right regards as a martyr. It would be nice if the community that was so diligent in standing by her husband in his time of trouble would stand by a woman who has previously been and now claims to be a domestic violence victim. That doesn’t mean turning against her husband until the charges are proven, but it certainly shouldn’t entail a default assumption that she’s lying.

February 3, 2016
19 Kids and Counting Is Not Returning to Television, but Some of the Duggar Kids May Be
Next Post