It was more than a year ago that Pastor Mark Driscoll resigned from Mars Hill Church in Seattle. It was a long time coming, given that he had trolled his own church website’s forums, used church funds to game the system and turn his book about marriage into a bestseller, was caught plagiarizing, and was just an all-around sexist and asshole.

Looks like his self-imposed exile is over. Yesterday he announced the formation of a brand new church in Phoenix, Arizona: 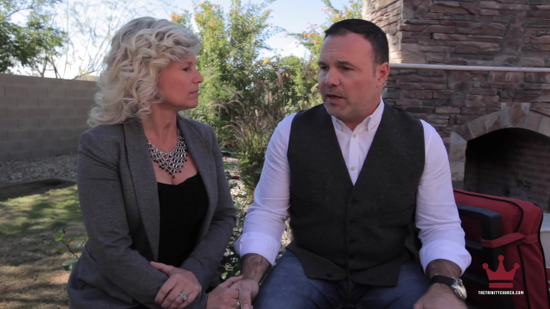 The Trinity Church website isn’t fully fleshed out yet. But maybe that’s for the best. The more of Driscoll’s beliefs that he can keep under wraps, the easier his launch will be.

It’s entirely possible that Driscoll has changed his ways. But until we see evidence of that — and it’s missing on the website and his video — there’s every reason to believe he’s the same guy as before. He just wants to get back into the spotlight, and he’s hoping that moving far, far away from Seattle to a place where people don’t know him as well will do the trick.

Is there a way to put yellow warning tape around an entire church?