In Egyptian law, there is a concept of “seasonal marriage” — a temporary arrangement, during which time two persons are wed, that concludes on an agreed upon date, with money exchanging hands. In a religiously conservative country, it’s a means of legalizing what essentially amounts to prostitution. The practice has been dubbed “tourism marriage” by human rights worker Amr Abdel Rahman, as it draws wealthy older men from other countries seeking temporary Egyptian brides. Brides who are, often enough, from very poor families and desperate circumstances. 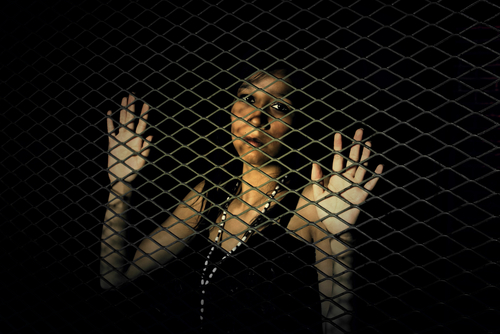 Recent government moves to protect temporary brides by increasing the cost of these marriages have raised concerns that they will only bolster sex trafficking as the women involved may have little or no say in their marriages.

Last month, when Egypt’s justice minister said authorities would start strictly enforcing the law, it increased the amount from about $5,100 to the equivalent of just under $6,400, to be invested in an Egyptian bank in the woman’s name.

The law originally banned marriages between foreign men and women who were 25 years or more younger unless special exceptions were made. But in 1993 the government began requiring foreign men to pay for the right to marry much younger Egyptian women. Over the years the amount has increased and so has the practice. And while there are no hard numbers on how many Egyptian women are married off to much older foreign men, human rights groups say it’s a thriving business, and in parts of the country, whole villages resort to selling their daughters to support the family.

The concern seems to be that by making temporary marriages more lucrative, poverty-stricken parents might be more likely to push their daughters toward such a union.

Protecting the interests of the women involved is an important and necessary endeavor; but Abdel Rahman sees a better means to that end than by making the situation more financially rewarding.

Desperation and lack of autonomy for daughters seems to be the key issue here. The government’s desire to protect temporary brides is laudable, but a move that makes selling daughters more lucrative for parents probably isn’t the best way to go about it.