When people learned that former Australian Prime Minister Tony Abbott would be addressing the right-wing American Christian group Alliance Defending Freedom, there was plenty of criticism to go around. This prompted author and rector at St Mark’s Anglican Church Michael Jensen to write that such pushback demonstrated a threat to religious liberty. 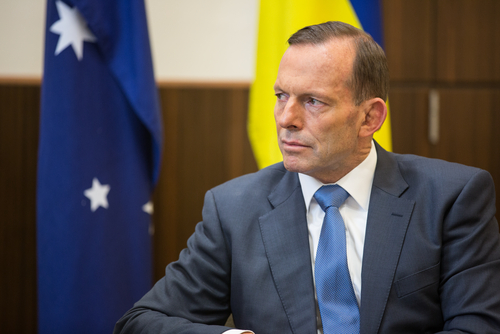 A new censorship has arisen which threatens the right of individuals and groups to dissent from the new morality. Oppose abortion? Unthinkable. Suggest that people who aren’t born with wombs but who want to call themselves ‘women’ aren’t actually women? Disgusting. Argue dispassionately that the definition of marriage is between a man and a woman? You should be ashamed of yourself.

And so we have former PM Tony Abbott being invited to speak to America’s Alliance Defending Freedom, which is, to describe it in its own terms, “an alliance-building legal ministry that advocates for the right of people to freely live out their faith”, or, to describe it in the terms of the Australian media, a “gay-hate group” — and copping a barrage of outrage.

It should go without saying that the description by outsiders doesn’t speak as loudly as the group’s own actions. After all, even the KKK says it’s a Christian group rather than a hate group; I’m pretty sure we’d all agree that its actions speak otherwise.

Likewise, the ADF may describe itself as a ministry advocating for freedom, but its actions demonstrate that it is something else entirely. It’s a powerful lobbying group that works to deny women and LGBT people of basic rights.

Yet Dr. Jensen notes that he has

… found nothing in the ADF literature which could be fairly characterised as “gay hate”.

More on that in a moment. First, let’s address another concern, which is that criticism of bad ideas and — after decades of debate — dismissal of them is a form of censorship. This is, frankly, nonsense.

Now, as it happens, I don’t agree with everything that the ADF says, or with its approach to church-state relations. But these are serious people who make sustained legal and intellectual arguments for their positions, and use legitimate tactics to pursue them. Even a passionate pro-choice advocate should surely recognise that the issue of abortion is extremely morally complex. It deserves argument, whatever your position. The place and shape of the family is likewise a matter for serious debate, whatever one’s views.

We seem to have lost the vision of a genuine pluralism, in which competing points of view on serious moral issues are both allowed to coexist so that the arguments for each may be put.

Bad ideas should be allowed to coexist, certainly. Censorship — real censorship — achieves nothing. But why are people under any obligation to give credence to bad ideas? It’s not, after all, like these questions haven’t been asked and re-asked. If society has progressed to a point where we recognize that denying women bodily autonomy and reproductive freedom infringes on basic human rights, that denying gay people equal rights is discriminatory, are we obligated to rehash the entire debate every time someone says, “Hold on, I’m not sure about that”? I don’t think so.

Something tells me that Dr. Jensen would feel the same way if the tables were turned. Like, suppose, if someone decided we really needed to have a conversation on why Christians should be allowed to marry; or if someone felt passionately that Christians shouldn’t qualify for certain medical treatments. Should we repeatedly have those conversations, should we devote equal time and respect to those opinions, just because someone has them? No, of course not.

We have good, solid, legal — and moral — reasons not to discriminate against believers. That doesn’t mean that everyone will agree or should be compelled to. But dissent based on hateful, bigoted views and rejected arguments does not deserve equal respect (or airtime).

The same holds true for tired, bad arguments in general — whether they’re against rights for women, LGBT people, people of faith, etc.

But to return to Dr. Jensen’s earlier point, that he was not familiar with anything that might indicate that ADF is a gay-hating organization, there is ample evidence that he is wrong. The ADF doesn’t just take “a different view of the family.” It actively seeks to imprison gay people and strip them of basic freedoms and protections.

ADF has supported laws that would criminalize sex between consenting gay men. They even said that to the United States Supreme Court.

In Belize, where the ADF provided support for a law that would punish “same-sex ‘carnal intercourse against the order of nature’” with 10 years in prison.”

ADF was thrilled when India upheld the same penalty.

They promoted anti-gay laws in Russia.

They were supportive of Jamaica’s anti-sodomy laws.

They’ve railed against anti-bullying efforts in order to protect their “right” to bully gay children.

That’s a far cry from simply “advocat[ing] for the right of people to freely live out their faith.” These are attacks on gay people that go well beyond the right to marry. This is far worse even than an opposition to extending equal rights to the LGBT community. The ADF has a long, sordid history of trying not only to strip rights from gay people, but also of trying to criminalize being gay.

(And, Dr. Jensen, if you hesitate to term that “gay-hating,” substitute ‘Christian” for “gay” and tell us if you still hesitate. Something tells me you wouldn’t.)

Campaigning to target and imprison people for bigoted reasons isn’t merely a polite difference of opinion. These aren’t abstract bits of philosophy, but actions with immediate, real life consequences. It would be irresponsible and immoral for society to credit such activity as legitimate, or describe the people behind it as simply expressing an equally valid but different viewpoint. Just as it would be irresponsible and immoral to say that criminalizing religious belief and imprisoning believers was a mere difference of opinion.

(Image via Drop of Light / Shutterstock.com. Thanks to Stephen for the link)

February 2, 2016 Advice for Muslim Women Who Want to Take Off Their Hijabs
Browse Our Archives
What Are Your Thoughts?leave a comment