Rand Paul Ignores Question About Why Atheists Should Vote for Him February 1, 2016 Hemant Mehta

Rand Paul Ignores Question About Why Atheists Should Vote for Him

While he’s been able to chat with just about everyone in the race, Rand Paul wouldn’t give him the time of day. He rejected Justin’s question about why conservative atheists should consider voting for him on three separate occasions at the University of Northern Iowa on Saturday night.

Two of them were caught on video: 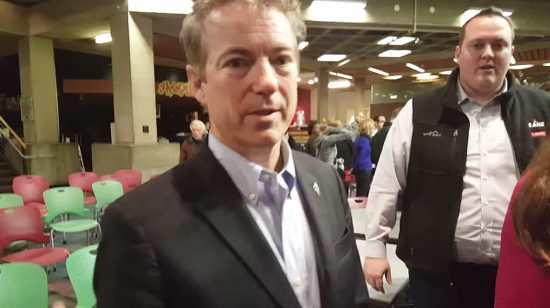 You can argue that it wasn’t the right time to ask, but other politicians can usually talk during the photo-ops. (Hillary Clinton did.)