A Columbus, Ohio seminary student was arrested in San Diego on Friday, en route to Tijuana where he was attempting to purchase a female infant to have sex with.

Joel Wright, who was discerning ordination for the priesthood at Pontifical College Josephinum until being suspended upon arrest, used Craigslist ads to seek out a child but was unknowingly interception by undercover detectives.

This wasn’t Wright’s first attempt at illegally “adopting” a baby. An anonymous tipster told Homeland Security Investigations that he met Wright in Tijuana in 2014 and was given an adoption fee but didn’t hold up his end of the bargain by delivering a baby. Wright went home empty handed, but it didn’t end there. 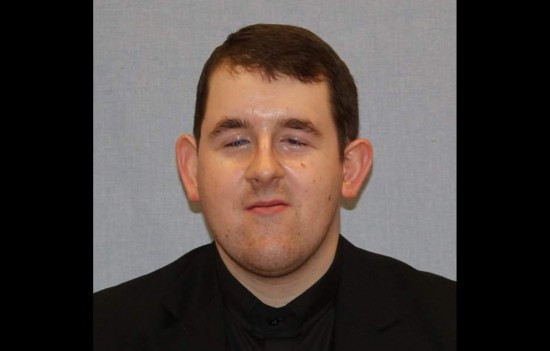 In July of 2015, Wright turned to Craigslist again, this time in search of a Tijuana tour guide who could help him find future infant victims. Over the next several months, Wright unknowingly exchanged emails with investigators while openly expressing what he intended to do with the babies once he got them.

I have not gone all the way before but I have made it very close in the past so I do have (experience).

Investigators led Wright into arranging a flight into San Diego this past November, but Wright cancelled his trip the day before.

Persistent in his quest to commit an unimaginably vile act, Wright made a third Craigslist post in December, again under the watchful eye of investigators. In his email communications Wright explicitly stated that he wanted a female under the age of three for intercourse. Wright booked a flight to San Diego a few days ago and was expecting to meet someone who would take him to a Tijuana hotel where he would meet female infants. Instead, federal agents took him into custody when he landed.

After learning of the allegations, Diocese of Steubenville Bishop Jeffery M. Monforton suspended Wright from seeking priesthood. Father John Allen of the Pontifical College Josephinum, where Wright was a seminary student, also terminated ties with the alleged pedophile and made a statement on behalf of the administration:

We are shocked, saddened, and truly sickened by the intent of the alleged actions. We have zero tolerance for any type of misconduct, most especially that which would endanger children. The seminary is eager to help with the investigation..

Wright is expected to be arraigned in federal court today on two felony counts: traveling with the intent to engage in a sexual act with a minor, and attempting to engage in illicit sexual conduct in a foreign country.

In a 2010 profile with the headline “Living His American Dream,” found on a Vermont state government website, Wright explained why he was drawn to the priesthood:

Joel feels a calling to the ministry of a priest in order to help others find themselves and find purpose in their lives.

Federal prison probably wasn’t his idea of the American Dream, and whatever he meant by “helping others find themselves” is better practiced away from children.