The U.S. Department of Justice has filed a lawsuit against Colorado City in Arizona and Hildale in Utah, alleging that the towns’ leadership prioritized the clean water needs of Mormons while denying access to non-church members.

And the ongoing trial is providing pretty solid evidence to substantiate the charges. 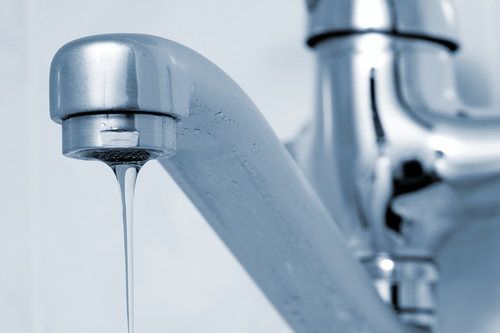 The two towns had close ties to the Fundamentalist Latter Day Saints church (convicted sexual abuser Warren Jeffs‘ sect of Mormonism); in fact, the Colorado City board members involved in granting or denying water access were all FLDS members.

Guy Timpson, a church member and member of the Colorado City Utility Board from 2007 through 2013, told the jury that the towns quit issuing new water connections in 2007, though the information was not put into writing until 2010.

In 2010, the cities promulgated new water ordinances dictating that “no new service location will be connected to the culinary water system” unless the applicant can supply water to the system that meets environmental qualifications.

Despite this ordinance, a church entity — the Twin City Improvement Association — was given a number of water connections for building projects before it even filed an application. The projects included an apartment complex, housing for Warren Jeffs and a storehouse for members of the FLDS to contribute goods for the use of other members.

Meanwhile, the utilities board denied water applications from nonmembers Richard Holm and Ron and Jinjer Cooke.

Jessica Clarke, a Justice Department attorney, asked Timpson what the church’s involvement was in water decisions.

“There weren’t any [board members] that weren’t part of the FLDS,” Timpson replied. “From the church’s perspective, we had gotten a sermon from Warren Jeffs saying there would be no new building.”

The Cookes were awarded $5.2 million in 2014 after they sued town officials for discriminating against them “in the provision of services or facilities because of religion.”

Thursday’s hearing also included testimony from a former church member and nephew of Warren Jeffs, Thomas Jeffs, who described the close workings of the Colorado City Marshal’s office and the FLDS.

Thomas Jeffs, who was as a bodyguard for his father, said the police chief gave him night-vision binoculars to use for church security.

“He said, ‘These were found outside my jurisdiction, outside my control. I could lose my badge and job for this, so don’t get caught,” Thomas Jeffs told the jury.

He said the towns’ law enforcement treated him well because his father was the bishop: for instance, the police chief took care of a warrant for him when he forgot to pay a speeding ticket.

If we needed a(nother) demonstration of why the separation of church and state is important… well, this is as good an example as any.

February 1, 2016
The American Bar Association Says It Is Investigating Discrimination at BYU's Law School
Next Post