When Fox News’ liar-in-residence Todd Starnes published an article with the headline, “Public school forced my child to convert to Islam,” I assumed it was bullshit. Partly because it’s Starnes, partly because that’s not how public schools work, and partly because it just sounds like something Christians suffering from a persecution complex would say.

It turns out this story is all about a Christian family upset because their daughter learned about Islam in a World History class. 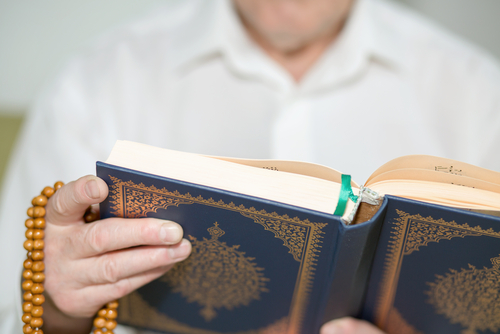 Just how frivolous is this case? Well, I read the federal lawsuit and looked at the most damning claims made by parents John and Melissa Wood on behalf of their daughter to see if there was any merit to what they said. What I found was that no such discrimination was taking place at La Plata High School in Maryland.

(I should say up front that I’m not covering every single complaint in the lawsuit, just the ones that are getting the most attention from conservative websites.)

[Daughter] C.W. and her classmates in 11th grade World History were instructed that “Most Muslim’s faith is stronger than the average Christian.”

Here’s the worksheet C.W. was given in class:

It does, in fact, say that Muslims’ faith is stronger than that of Christians. Which is a really weird thing to say with no citation or further explanation. You can’t quantify the strength of someone’s faith, can you?

My guess is that this statement is based off of the results of a widely reported survey by the group Ipsos MORI in 2011. They surveyed people in majority Muslim and majority Christian nations and asked them a variety of questions about their faith. This was one of the results: 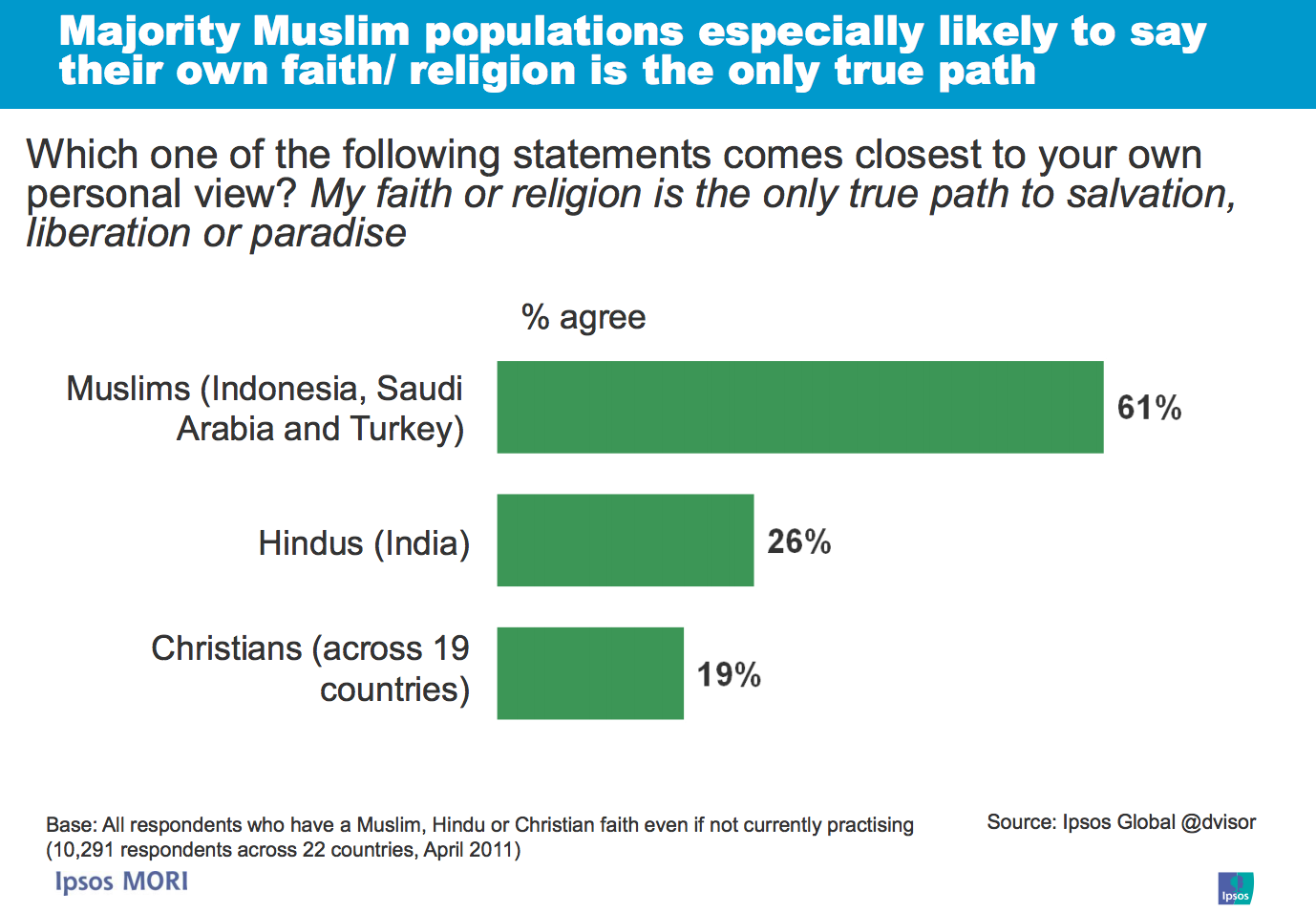 Based on those results, you can make the case that Muslims in certain parts of the world are more devout than Christians in other parts. You can even say religion plays a more significant role in their lives.

But let’s all admit that the statement on the worksheet is, at worst, just sloppily worded. It should be corrected or expanded upon. It’s sure as hell not worth a lawsuit.

C.W. also had to profess the Shahada, by claiming, “There is no god but Allah and Muhammad is the messenger of Allah”… This statement is in direct contradiction to C.W.’s deep-seeded Christian beliefs and heritage that it is sinful to express that there is any other god but the monotheistic Christian God.

That’s… really weird. Why would a teacher have students profess belief in Islam?

Let’s look at the worksheet: 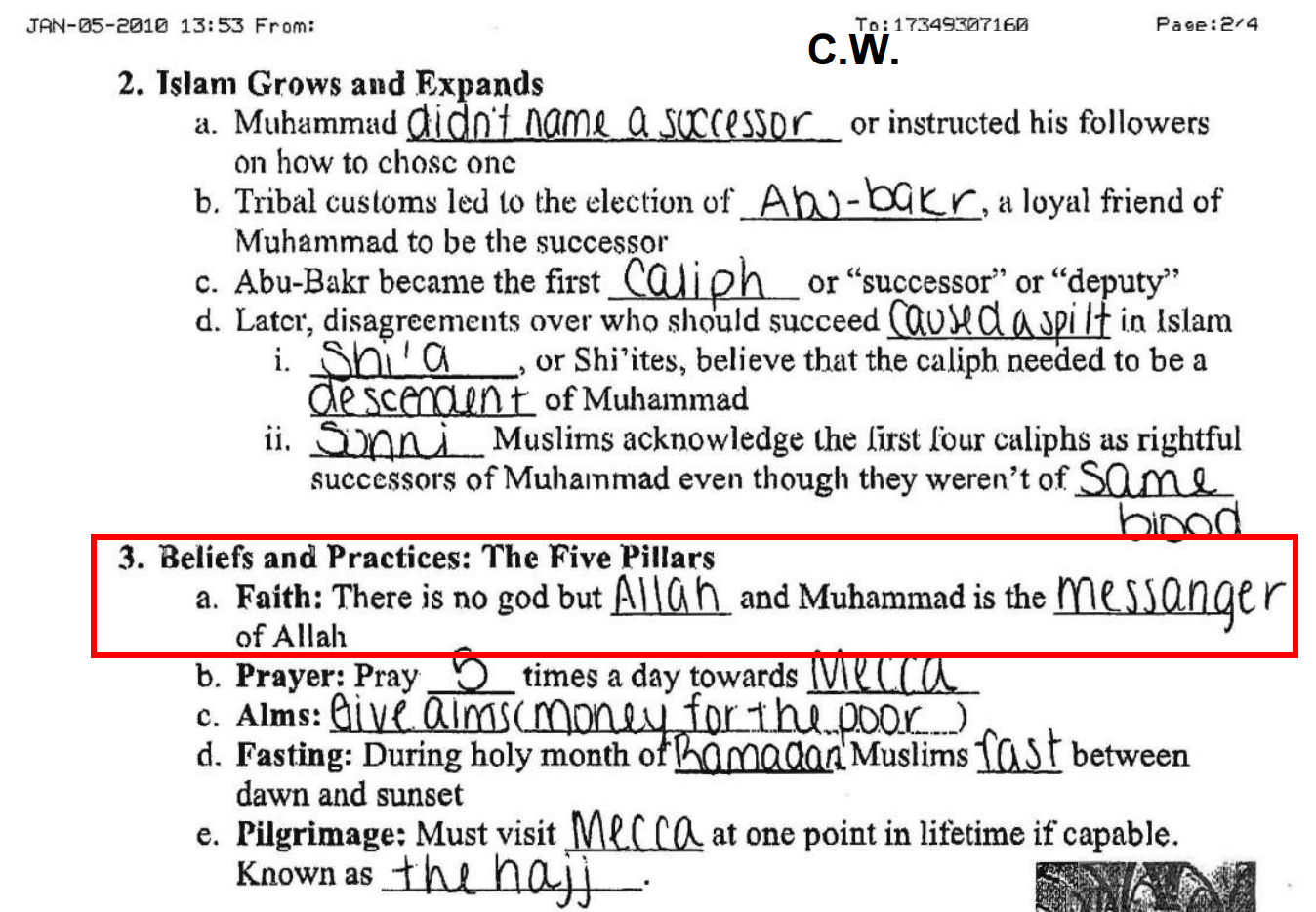 You’ve got to be kidding me. This is simply asking students to explain what Muslims believe. And, yes, Muslims believe “There is no god but Allah and Muhammad is the messenger of Allah.”

Complaining about that makes as much sense as a history teacher being called anti-Semitic for saying Hitler wanted to kill Jews.

C.W. and her classmates in 11th grade World History were instructed that “jihad” is a “holy war waged on behalf of Islam as a religious duty; a personal struggle in devotion to Islam especially involving spiritual discipline.”

That… is what the word means. I don’t know why this is a problem.

C.W. and her classmates in 11th grade World History were instructed from the text of the Qur’an and had to learn and recite the Five Pillars of Islam.

Again, what’s the problem? If you’re learning about the basic beliefs of Islam — something that’s fundamental to understanding the course of World History — the Five Pillars are about as vital as the story of Jesus is to Christians.

Learning about Islam is not Christian persecution.

C.W. and her classmates in 11th grade World History were instructed that the Islamic religion is a fact while Christianity and Judaism are just beliefs.

This may be the most ridiculous item on the list.

Here’s the worksheet this claim is based on: 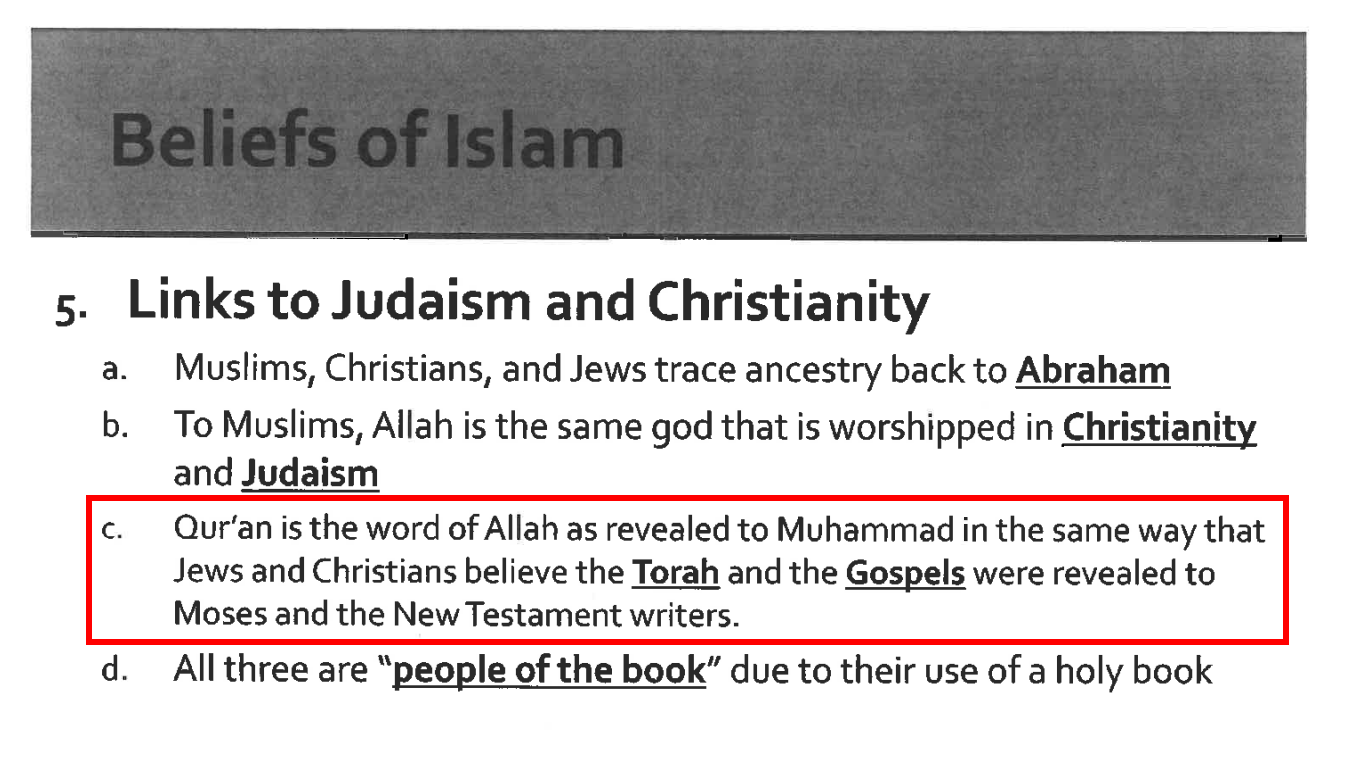 Qur’an is the word of Allah as revealed to Muhammad in the same way that Jews and Christians believe the Torah and the Gospels were revealed to Moses and the New Testament writers.

Any reasonable person would say the words I bolded above are synonymous in context. In other words, the worksheet says Muslims believe X while Christians and Jews believe Y.

Not the Woods. They’re saying that passage suggests Islam is true but Christianity and Judaism are merely beliefs. They’re grasping at straws here.

It’s a World History course in the U.S.

Most students are exposed to Christianity every day and don’t need a primer on what the faith teaches. It’s as simple as that. It’s not persecution.

There are other claims in the lawsuit, but the fact is these parents got themselves worked up over nothing. No public school is indoctrinating students into Islam. At worst, these worksheets were overly simplified — but even then, we aren’t told how much depth the teacher went into in the classroom.

But even the Thomas More Law Center, which filed the suit on behalf of the parents, is perpetuating the bullshit idea that this material is anti-Christian:

Richard Thompson, President and Chief Counsel of the Thomas More Law Center, commented: “Defendants forced Wood’s daughter to disparage her Christian faith by reciting the Shahada, and acknowledging Mohammed as her spiritual leader. Her World History class spent one day on Christianity and two weeks immersed in Islam. Such discriminatory treatment of Christianity is an unconstitutional promotion of one religion over another.”

These people live in a Christian bubble, so it’s no surprise they see discrimination in everything even when it’s not there. Give it a few weeks and they’ll filed another lawsuit against Arabic numerals.

February 1, 2016
When Killers Repent and Go to Heaven, What Do Christians Think Happens to Their Victims?
Next Post