It’s not a secret that many Christians are terrified of letting their kids make up their own minds about the question of God.

It’s not a secret that many seem to feel, instinctively, that without constant, repetitive drilling of faith concepts into their kids’ heads from the earliest possible age, they will not believe. In effect, they’re saying that the argument for God is not persuasive enough on the basis of reason, evidence, and logic, but must instead be force-fed to children from infancy before they develop a way to ask questions or form a rebuttal.

Or, as the Bible puts it, “Train up a child in the way he should go: and when he is old, he will not depart from it.”

And while this is, I’m happy to report, not strictly true (certainly not exclusively, as myself and many other former believers can attest), it’s a pretty deeply entrenched concept all the same. To do anything less than indoctrinate kids as soon you can is to risk their soul — because children left to examine the evidence and arguments for religion on their own are children who may reject it. By not passing along your faith, you’re avoiding your greatest duty as a parent: preserving your children’s souls. In short, reason, evidence, and freethought be damned when souls are on the line.

It’s bad enough on its own, and it certainly reflects poorly on the perceived strength of religious arguments. But then you find parents justifying this bad idea with a full-on embrace, taking it to conclusions that are so much worse.

Parents like Christian blogger James Uglum, who recently wrote a piece describing why letting children skip church is a monstrous thing. Worse, in fact, than letting them play in rush-hour traffic. 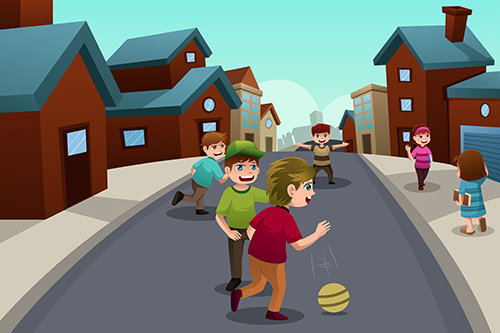 To say, as a parent, “I won’t force my kids to go to church. I’ll let them decide on their own.” sounds so enlightened. But its the most dangerous thing a parent could say. It would be safer for you to let your children play on the highway in rush hour traffic than to let them decide whether or not they wanted to go to church. One of those options carries temporary consequences (if you let your child play on the highway in rush hour traffic they will die); and the other carries potential eternal consequences.

The “temporary” consequences, in his mind, of certain death in traffic outweighs the potential of eternal consequences, so you’d be better off, all things considered, letting your children die than think for themselves.

Skipping church is by no means a guarantee of atheism (or weak belief). But the fact is, if it really came down to this — that childhood death is better than the vaguest possibility of disbelief — continued life itself would be a risky proposal. As Uglum admits

Its even possible for children to be brought up in a loving Christian home and still turn away from Jesus later. That is out of our control.

If childhood death really was to be preferred by good Christian parents to the possibility of adult disbelief (or tepid belief), I’m not sure how many generations of good Christian families there would be. Luckily, most people don’t actually operate on the insane principle that a dead child would be preferable to an atheist or marginally religious adult child.

Matt Dillahunty is fond of saying that he wants to believe as many true things and as few false thing as possible. This is a good illustration of why that’s important. Uglum’s ardent belief has led him to a place it would be very difficult to arrive at otherwise — how else can you justify thinking it’d be better to see your child dead than questioning his religious beliefs? Part of this certainly seems attributable to an excess in ardency (extremism). And part of it stems from the fact that the belief itself is not upheld by questioning, reason, or evidence; so Uglum, in his devotion to the belief, finds fault with the idea of questioning it at all, rather than with the belief that cannot withstand it.

So much fault, that he believes a child’s death would be preferable to asking questions.